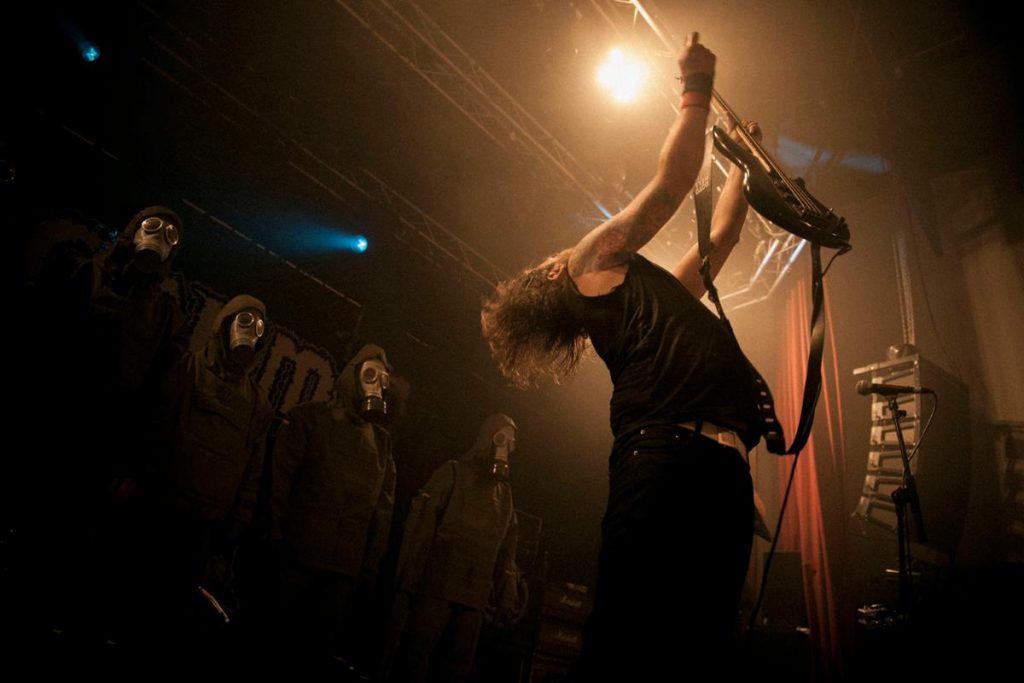 Today, October 6th, marks eight years to the day since the members of Sweden’s legendary grindcore outfit NASUM put the band to its final rest with an emotionally and sonically pulverizing show at Stockholm’s now defunct Debaser Medis venue. To mark the occasion, NASUM, filmmaker Michael Panduro, and Selfmadegod Records announce the December 2020 release of the DVD version of the concert/documentary film surrounding the band’s final stand in 2012.

During its tenure, NASUM rose to become one of the most influential acts of the extreme underground. When lead singer Mieszko Talarczyk disappeared and died in the devastating and tragic tsunami of 2004, NASUM instantly ceased to exist. When the band’s would-be 20th anniversary approached in 2012, the band decided to put the band to final rest, “The way it was supposed to end: exploding in a ferocious, blasting frenzy, not withering away at the mercy of tragedy.”

The world tour took NASUM to more than sixty cities on almost every continent over the course of four months. Michael Panduro’s film Blasting Shit To Bits – The Final Show documents the final performance in its intense, impassioned entirety, intertwined with interviews, behind the scenes footage and the band member’s unhinged account of the band’s rise and demise.

Three years after the cinematic premiere of the film, Blasting Shit To Bits – The Final Show will finally see a physical release. The DVD includes the feature-length film, as well as forty minutes of bonus material, including extended interviews and behind-the-scenes video.


NASUM’s Blasting Shit To Bits – The Final Show will see release December 18th, 2020 on DVD through Selfmadegod Records. Watch for preorders to post on October 20th.

Director Michael Panduro states, “When NASUM asked me to document their final day as a band, we quickly agreed that we didn’t want to add any polish, but rather depict the day as it was. It was an intense night with a band wearing their emotions for all to see, and we didn’t want to shy away from that. So, that was my way of attacking the project, both in terms of filming and editing. To put equal focus on the things that went well, the things that went wrong, the things that were said and the things that weren’t said (as highlighted through the honest interviews throughout the film). We also wanted to create an engaging viewer experience, that was as close to being in that sweaty pit of a thousand dedicated patrons as we could. So, we incorporated footage shot by the audience, and created a sound mix that resembled the live experience more than a polished live recording. October 6th, 2012 was a night to remember. There were tears, there was joy, there was emotional release, and there was exhaustion. To see all these emotions at a grindcore show is a rare thing. In documenting the event, I hope and believe we did the night and the legacy of NASUM justice. ”