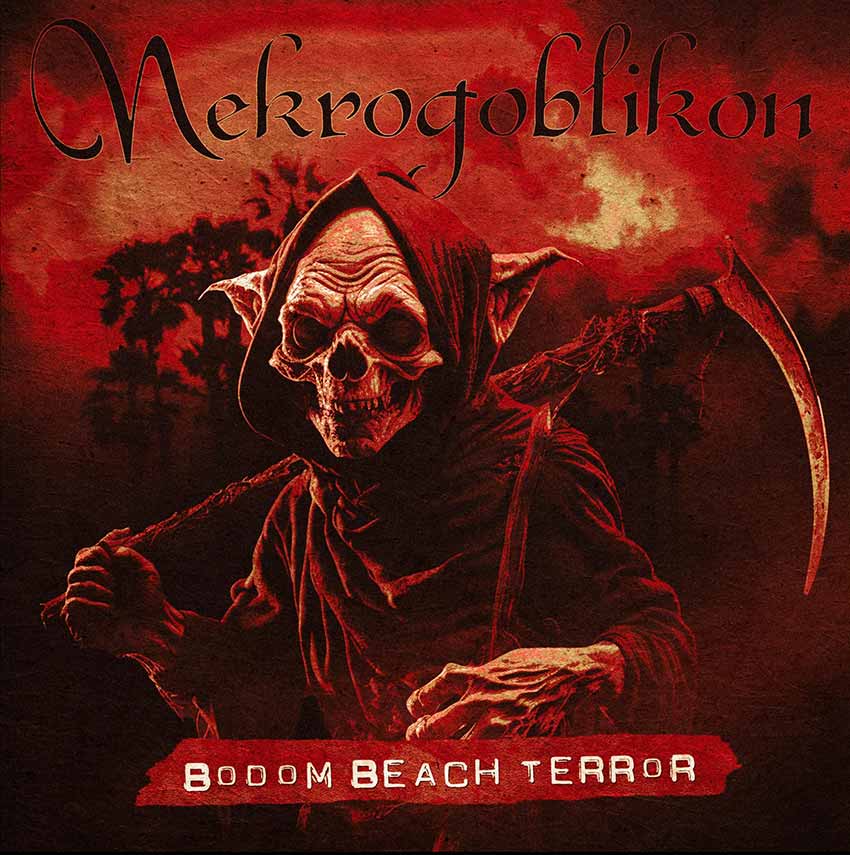 Goblin metallers Nekrogoblikon have posted a cover of the song ‘Bodom Beach Terror’ from Children of Bodom’s 2003 record ‘Hate Crew Deathroll.’ The tune pays tribute to former Children of Bodom and Bodom After Midnight frontman Alexi Laiho, who died on December 29th, 2022 at the age of 41.

Nekrogoblikon guitarist Alex Alereza comments on the track:
“There is no single other band or artist that I can say has had as much of a musical influence on Nekrogoblikon as Children of Bodom, and I can say with confidence that had I not been exposed to Alexi Laiho‘s compositions and playing style I would be a completely different guitar player today.

Upon being collectively saddened by Alexi‘s passing in the midst of the pandemic, we began revisiting the COB albums that had the greatest impact on us and decided to record a cover of “Bodom Beach Terror” off of Hate Crew Deathroll. We each recorded our parts ourselves from home and made it a point to be as faithful to the original recording as possible.

Hope you enjoy listening to this tribute as much as we enjoyed recording it, and long live the legacy of Alexi Laiho and Children of Bodom!”

Also Check Out: Stream new Meshuggah video “I Am That Thirst”