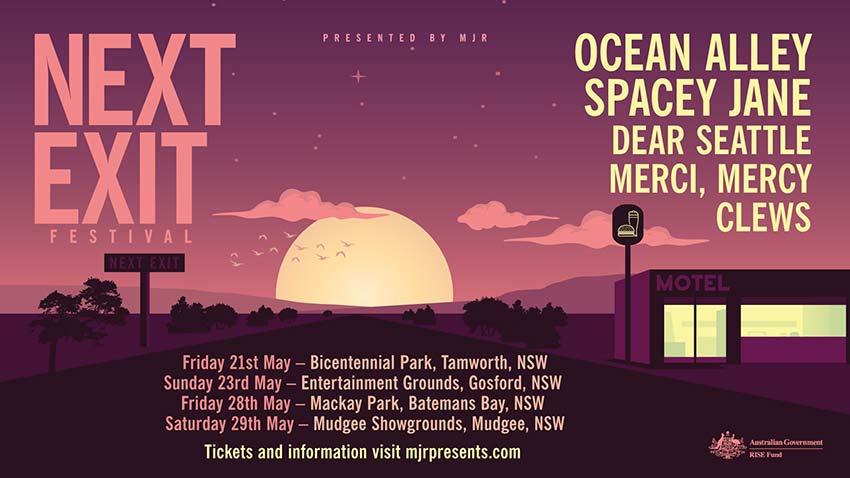 The Australian ‘Next Exit Festival’ has announced its line-up for the 2021 edition. The newest music gathering in Australia says it will celebrate local talent and highlight regional towns in its debut year.

“The announcement also includes a pledge from the promoters to shine a light on not only Australian music but regional towns across New South Wales, ensuring that live music reaches fans outside of Australia’s capital cities during such a challenging time for the country,” states today’s official announcement.

‘Next Exit Festival’ 2021 will include four new events that will take place in regional locations across New South Wales in May, featuring psych-rock band Ocean Alley, plus Spacey Jane, Dear Seattle, Merci, Mercy, and Clews.

“After only a scattering of shows in the last six months, most of them in capital cities, we are super excited to be touring with Next Exit Festival to four awesome spots across country and coastal New South Wales,” says Ocean Alley’s Mitch Galbraith.

Mitch adds, “We spend most of our time working and relaxing near the coast so we love playing in smaller cities anywhere near the water. We also get to take our show out west to Mudgee and Tamworth and we’re stoked to visit the states interior and have some good times with the folks there. These regional places are so much fun to tour because of the locals that are so welcoming and always up for a good old town blowout. Their support means we can keep coming back to play shows and festivals and give these awesome places the live music experience they deserve.”

“We pass so many ‘Next Exit’ signs on the highway and often drive past with only our destination in sight,” states Scott Mesiti, ‘Head of Touring Australia’ of MJR Presents. “The original concept for ‘NEXT EXIT’ Festival was to help bushfire-affected towns, regenerate tourism and hire as many local suppliers as possible. So much has happened since then but our aim remains the same. We have designed a safe festival that can be delivered under current restrictions and will employ many people from our industry who have sat on the sidelines for too long.”

Tickets go on sale starting on Tuesday the 9th of March at 12:00 noon (local time) via mjrpresents.com.

See the fresh flyer below. 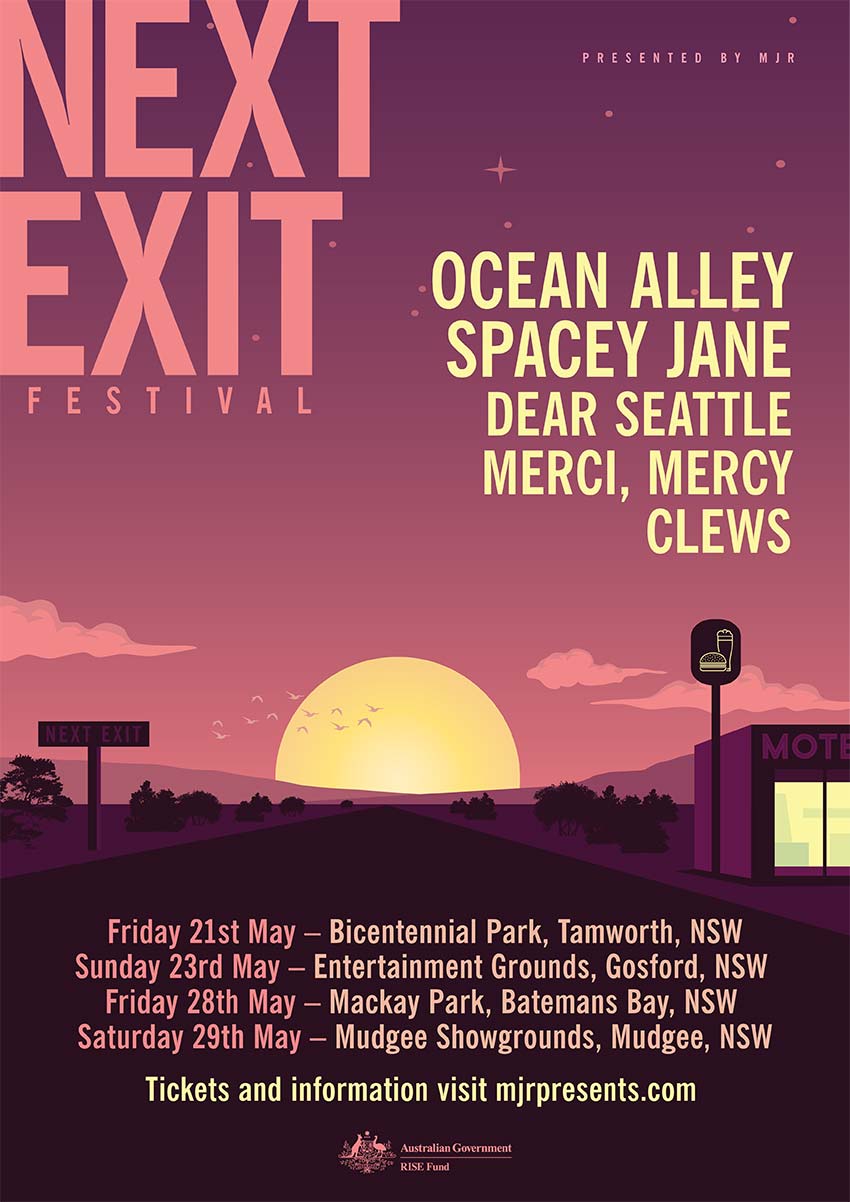