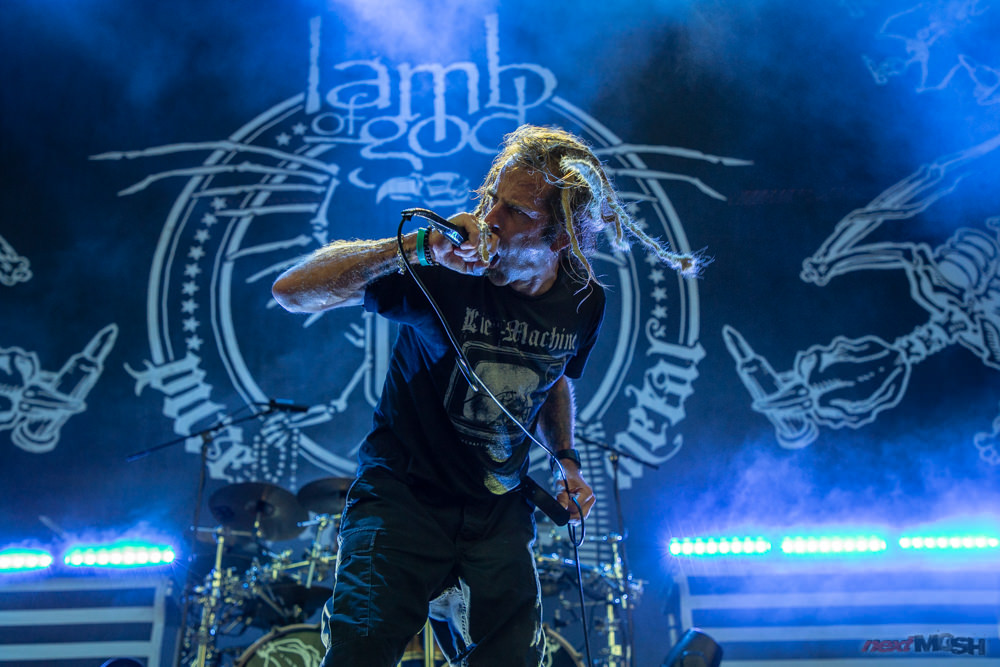 As announced, heavy metallers Lamb of God plan to issue a three-disc deluxe edition of their 2020 self-titled album on March 26th through Epic Records.

The upcoming deluxe release will feature the full ‘Lamb of God’ record with two bonus tracks and a live version of the album, along with a DVD performance of Lamb Of God live in Richmond, V‪A‬ last September (featuring a full performance of said ST LP). A teaser clip for the 70-minute concert can be viewed below.

“The ferocious set, filmed in an intimate club in the band’s hometown of Richmond, VA features an encore of four songs including “Ruin,” “Contractor,” “512,” and the debut live performance of “The Death Of Us,” a song the band wrote and recorded in quarantine for the Bill & Ted Face The Music movie and soundtrack,” states the release’s official description. “Lamb of God: Live in Richmond, VA features an extended director’s cut of the performance.”

You can pre-order the three-disc deluxe edition of ‘Lamb of God’ at this location. You can also pre-order ‘Live in Richmond, V‪A’ via iTunes HERE.

Also, the Megadeth, Lamb of God, Trivium and In Flames North American tour is scheduled to kick off this July, see dates.