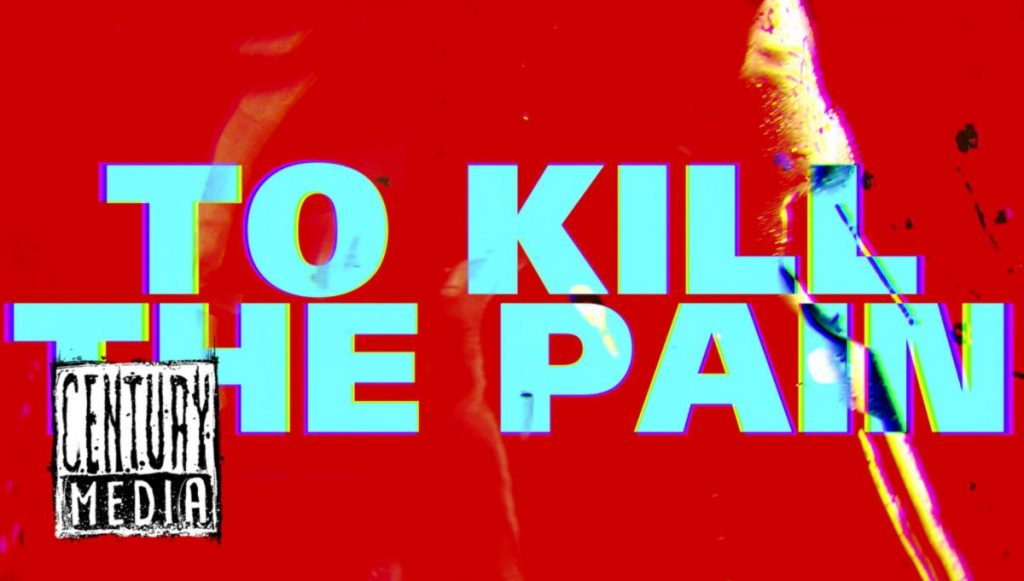 Night Demon are thrilled to announce the worldwide release of their new single, “Kill the Pain”. The track is the band’s second single released this Spring, following the release of “Empires Fall”. Check out a lyric video for the track here:


Night Demon fulfilled a lifelong dream by recording this single at Sweet Silence Studios in Copenhagen, Denmark under the watchful eye of famed producer Flemming Rasmussen (Metallica, Morbid Angel, Blind Guardian). Of course, Rasmussen has left an indelible mark on heavy metal history for his work on Metallica’s Ride the Lightning, Master of Puppets, and … And Justice for Allalbums, among many others.

“Kill the Pain” is a tough-as-nails bruiser of a song that showcases Night Demon’s signature sound, a revved-up, modernized take on classic British and American metal. Lyrically, however, the track marks a thematic departure by delving into serious, deeply personal subject matter. It tackles the heavy topic of suicide, forged in the pain of life experiences but with an inspiring message of hope and perseverance through adversity.

The B-side of Kill the Pain is a blistering cover of Cirith Ungol’s “100 mph”, with Night Demon’s Jarvis Leatherby and Cirith Ungol’s Tim Baker sharing lead vocal duties. Given the brotherhood between these two Ventura-based bands, and their years of traveling and performing together, “100 mph” marks a special collaboration as they join forces to breathe new life and power into this oft-overlooked gem from the One Foot in Hell album. 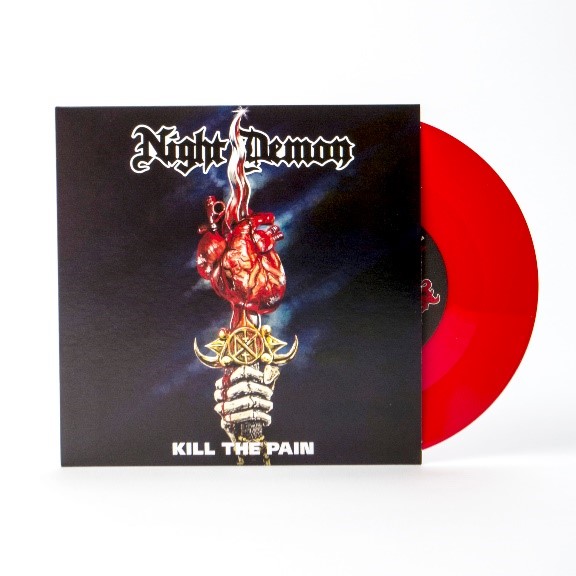 The Night Demon legend continued to grow with the release of their second full-length album, Darkness Remains, in April 2017. Darkness Remains saw the band deliver all of the expected NWOBHM-inspired thrills and chills, but also honing in on their songwriting chops, developing more of an individual sound, sharpening their attack, and even taking a few chances along the way. The album was lauded by leading journalists, publications and webzines around the world; hauling in top honors on numerous end-of-year polls and lists. True to form, Night Demon embarked on a grueling touring regimen, including headlining the Darkness over Europe tour and spending five weeks in Europe as direct support for German metal masters Accept. To celebrate their accomplishments thus far and document their ferocious live rituals, Night Demon released a comprehensive, career-spanning live album, Live Darkness, in August 2018. Recorded before a packed house of longtime friends and supporters in their adopted second home of Cleveland, Ohio, Live Darkness captured the band’s energy and intensity on that magical night, yielding definitive versions of the Night Demon catalog. More intensive touring followed, including a headlining appearance at the Hell Over Hammaburg Festival in Hamburg, Germany in early 2019, with special guest Uli Jon Roth joining the band for a spine-tingling encore of the Scorpions classics “In Trance” and “Top of the Bill”.