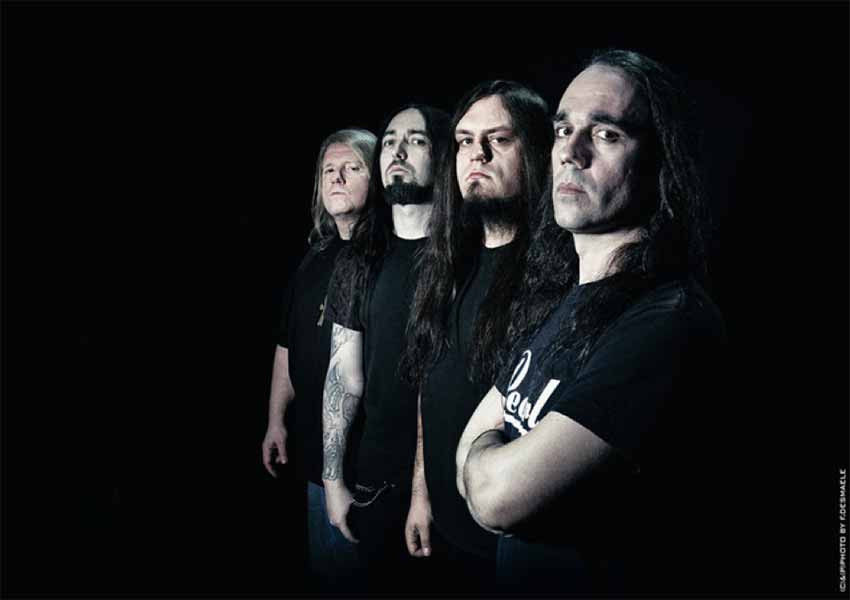 Death metal legends Nile have announced a string of new 2022 U.S. tour dates featuring support from Incantation, Sanguisugabogg and I AM. The trek will launch on February 3rd in Nashville, TN, hitting several major cities before wrapping in Spartanburg, South Carolina on March 12th. All dates are listed below.

In addition, Nile have announced that they have signed a worldwide contract with Napalm Records. Nile mastermind Karl Sanders comments, “The band is eagerly looking forward to bringing fans the next chapters in the NILE saga, as part of the Napalm Family. We have been quietly working away, earnestly writing new songs for the next NILE album. It will be NILE’s 10th record, and we are determined to make it especially killer for the fans.”

Drummer George Kollias adds, “Absolutely thrilled that we are a part of Napalm Records and super excited for the new album that’s coming soon, first one with our new label! I feel this is a very crucial moment in our career and I would like to thank Napalm Records for their trust in us – I know we will do some incredible music together! NILE has always kept raising the bar without compromising a single thing and this is what we will do for the next album too. Working on our new album as we speak, and we are hungry as hell to deliver our very best yet!”

Sebastian Muench, Napalm Records A&R, states, “For me, NILE has always been the most amazing technical death metal band in the world. Starting with Amongst the Catacombs of Nephren-Ka in 1998, NILE have released nine “instant classic” albums! Welcome to the Napalm family!”

In more news, Nile recently announced that they will unleash a new anthology guitar tablature book via Sheet Happens on September 30, 2021. The book is available to order now. For more information, visit here.

Regarding the tablature book, Sanders states, “Also coming out soon is a retrospective NILE anthology guitar tab book that was months in the making. We had a blast putting it together with the Sheet Happens people, who really do incredible work presenting totally on point metal guitar tabs. Accurate NILE tabs are something NILE fans have been asking me for many years, and I felt strongly about only putting out a NILE tab book if we could get it 100% authentic. And these tabs are the real thing. I sincerely am happy to share this book, and the music within, with NILE fans and guitarists alike.” 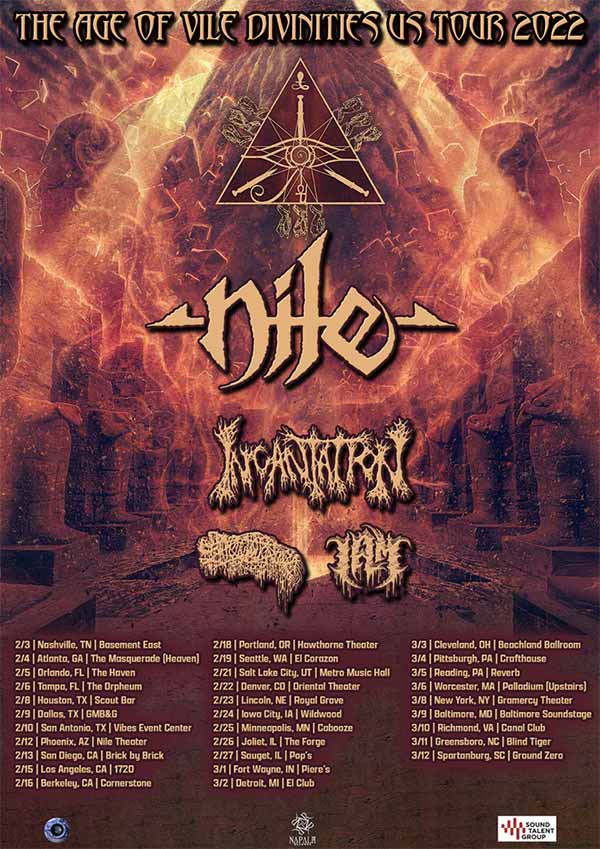