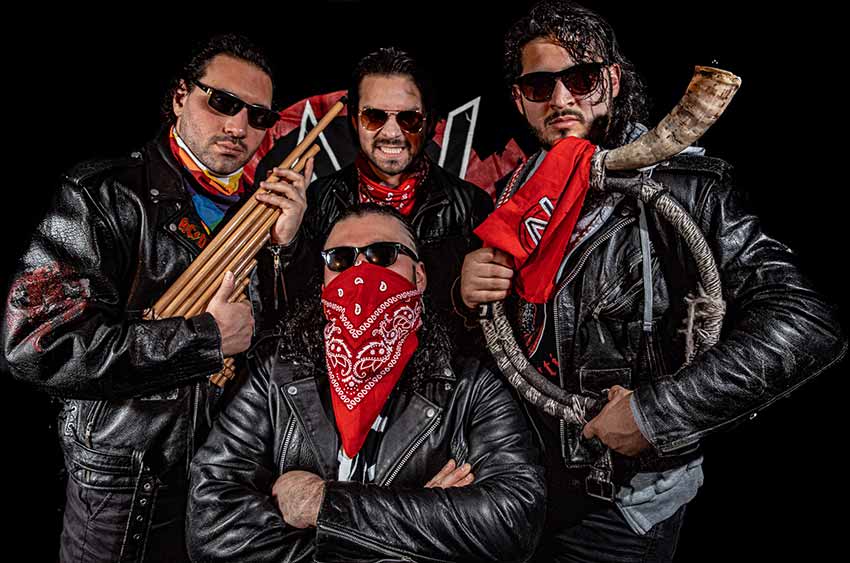 NYC-based act Non Residents are getting ready to self-release their new record, ‘Against Police Brutality,’ tomorrow, October 8th, 2021. As a treat, we have the album available for streaming in full below ahead of Friday’s official drop.

Here’s more on the forthcoming full-length thanks to a press release, “NON RESIDENTS’ Against Police Brutality is a powerhouse of fast rhythms, thought-provoking lyrics and headbanging appeal. The album follows the release of singles “We Are Non Residents”, “Comfortably Tied” and “This is America.” Against Police Brutality is an epic record carrying NON RESIDENTS’ raw experiences. Its unforgiving sound doesn’t just focus on the heavy but sees the instrumentation and vocals expertly cultivated and performed. NON RESIDENTS have produced a dynamic and compelling debut album.”

Here’s more info on Non Residents via said presser, “In 2019, the Fenoutt brothers disbanded their previous project to begin NON RESIDENTS with Emilio Rayo and Benjamin Schnake in New York City. Their sound fuses a variety of influences from thrash to Andean rock, and Mapuche rhythms. The brothers moved from Chile to the US in 2015 and, drawing on their own experiences, wanted to voice the inequalities immigrants to the US experience. Ferocious vocals accompany the unapologetic distorted instrumentation and hard-hitting percussion. “Intro” dives straight into the mosh pit with an intense energy and wall of sound. NON RESIDENTS deliver far more than just speed and power with experimentation of rhythms with progressive, non-standard elements in “Resilience”. The quartet artfully encompass their identity into the album from the panpipe interlude “Preludio” and the trutruca included in “Brutal Cueca”.”

To celebrate the release of ‘Against Police Brutality,’ Non Residents will throw a record release party at Knitting Factory Brooklyn this Sunday, October 10th. The show will also feature performances by The Errorists and Ill Raised — get tickets here.