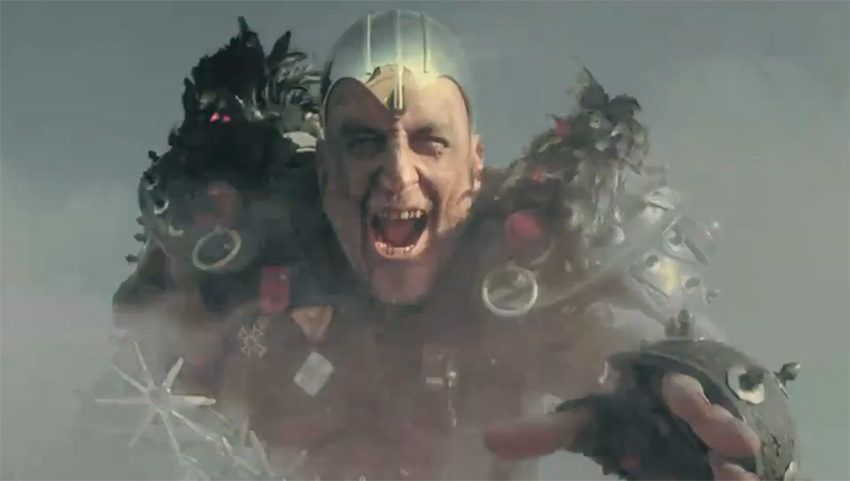 
ODDKO is the brainchild of multi-talented Giovanni Bucci, who composed the music and directed the video for “D4TM.”

“‘D4TM’ was shot in September 2019, and ironically it seems to have become more relevant in our ‘post-COVID’ world,” Bucci says. “‘D4TM’ highlights the notion that many are dependent on pharmaceuticals to function, often over-medicated and just left to their own devices. In the wake of the COVID-19 crisis we are bombarded with fear, putting many at risk to fall deeper into despair and turn to mind/mood altering drugs. With every passing day we take another step further into what eerily resembles the apocalyptic dystopian sci-fi world we see in movies. Perhaps, like in the video, the next step will be for us all to be microchipped and controlled? On the positive side, much of the world is now waking up and we have the opportunity to make decisions that are better for our own and our planet’s future.”

ODDKO is a manifestation of the animal within, driven by instinct and the longing to break free of society’s cage. Each ODDKO track is the fruit of Bucci’s eclectic tastes, passion and desire to make a vibrant and multifaceted work of art. Digital Gods, available today on all streaming platforms, features ODDKO’s signature sound: alternative metal with electronica influences and a dark, apocalyptic tone. All tracks feature Fleshgod Apocalypse’s Francesco Paoli on drums.

Void N’ Disorder, the production company led by Bucci and Art Director Paola Rocchetti, is behind the creation of the video for “D4TM.” Bucci has also made videos for Korn, Jane’s Addiction and Fleshgod Apocalypse, impressing audiences and critics around the world. His music videos have won many awards, including ODDKO’s debut single, “Disobey,” which won Best Metal and Horror Video at the LA Music Video Awards, as well as both Silver and Bronze Telly awards.

Watch the video for “Disobey” at https://youtu.be/Bbs1jxL_lQA.