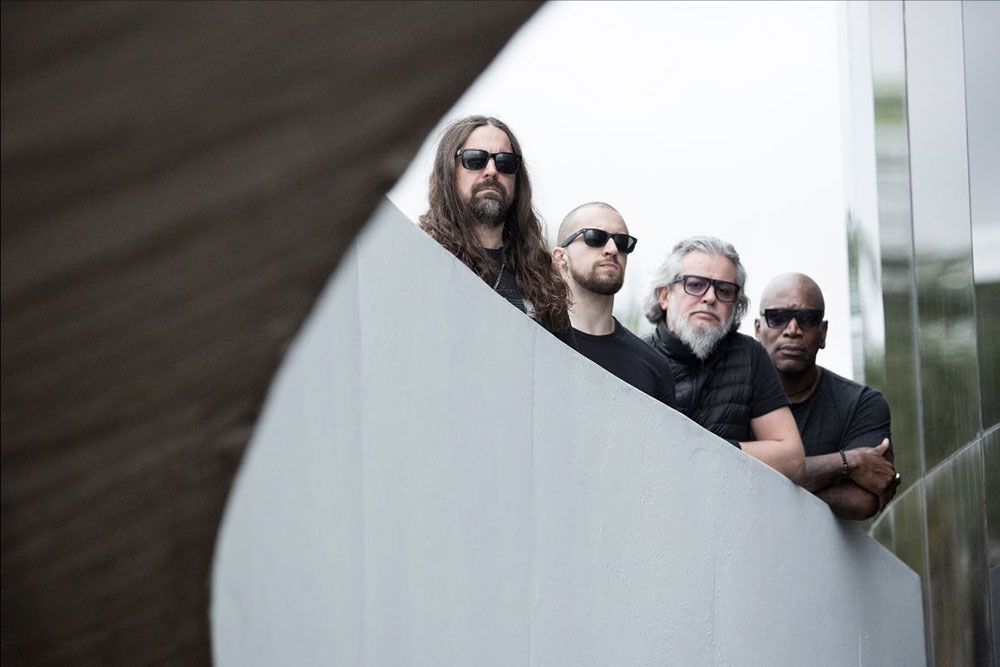 In this week’s SEPULQUARTA session SEPULTURA welcomes Scott Ian (ANTHRAX, S.O.D) who will be performing ‘Cut Throat’ during this “Roots” special of SepulQuatra.

In this episode the band also welcomes Silvio ‘Bibica’ Gomes, the band’s studio tech/roadie for many albums and tours. Silvio will be part of the Question And Answer session, they will chat about the “Roots” recordings at the Indigo Ranch Studios in Malibu, California during the winter of 1995.

Andreas comments “Silvio Gomes was my guitar tech and the studio tech for Sepultura since the early days. He was with us during the whole process of the recording of ‘Roots’ and was there when we tour the world including at our last show with Max at Brixton Academy. We will chat and remember those amazing and difficult days. Also I’m very happy and honored to have our brother/idol Scott Ian jamming with us on ‘Cut-Throat’! He did that with us a few times before and now we present this exclusive version of the song. Enjoy your SepulQuarta!”

Andreas Kisser about the idea of the SepulQuarta sessions, earlier:
“SepulQuarta was born out of the necessity to express ourselves in a different way since we’re all facing a new situation. We came with this idea still influenced by the concept of our last album ‘Quadra’, using geometry, numerology and numbers. Wednesday, which is the fourth day of the week, was chosen for an event.” 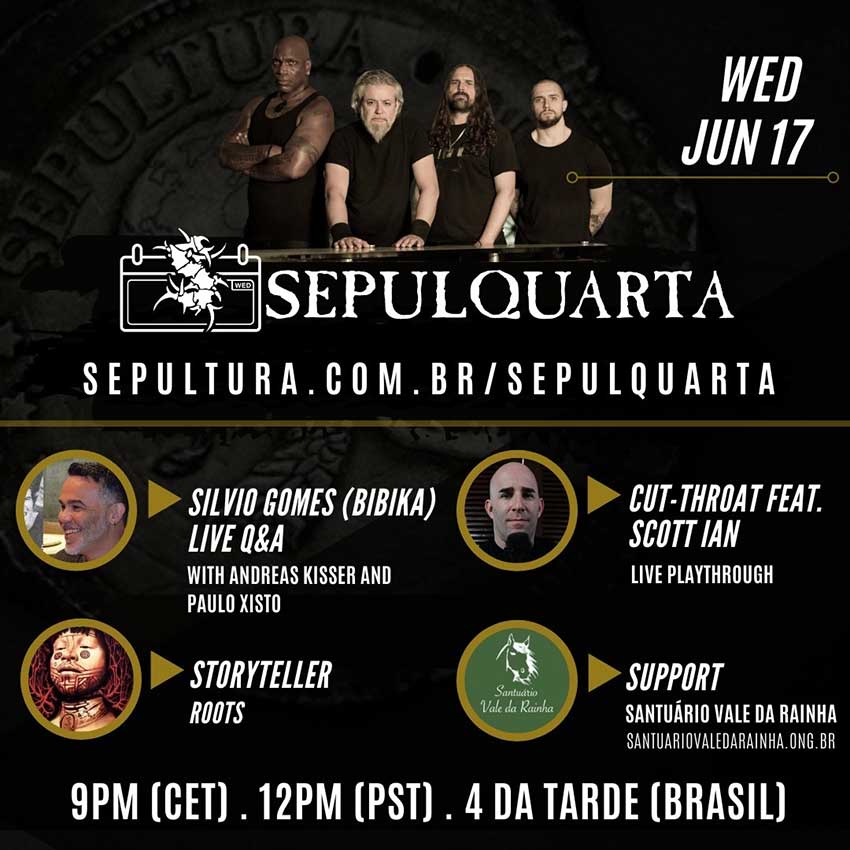