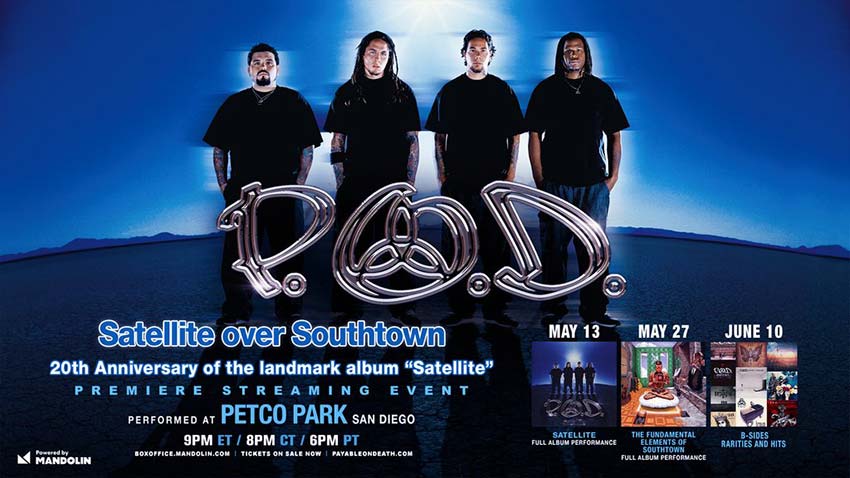 Having being forced to cancel their planned 2021 European tour last month, west coast alt-rock crew P.O.D. have announced their ‘Satellite over Southtown’ streaming series that celebrates the 20th anniversary of their 2001 full-length album, ‘Satellite.’

“Streaming via Mandolin from Petco Park in their hometown of San Diego, CA, the band will be performing two albums in full as well as a collection of B-Sides and hits over three nights – Satellite on May 13, The Fundamental Elements of Southtown on May 27 and B-Sides Rarities and Hits on June 10,” says today’s announcement.

Vocalist Sonny Sandoval adds, “As We navigate through the new norm of live performances, it’s a great feeling knowing we can still somehow connect with our fans and friends who have supported us all of these years. The idea of fans around the world, online together watching us is pretty amazing!”

In addition, a pre-event stream goes down on April 13th from the band’s rehearsal space, featuring a Q&A modereaterd by Atlantic Records A&R rep John Rubeli, who signed the band back in 1988.

Bassist Traa Daniels comments, “As We get to share almost 30 years of music with our friends and family who have made this all possible. We are looking forward to sharing this moment with you all. One Love!”

Tickets for ‘Satellite over Southtown’ streams are on sale today via this location. 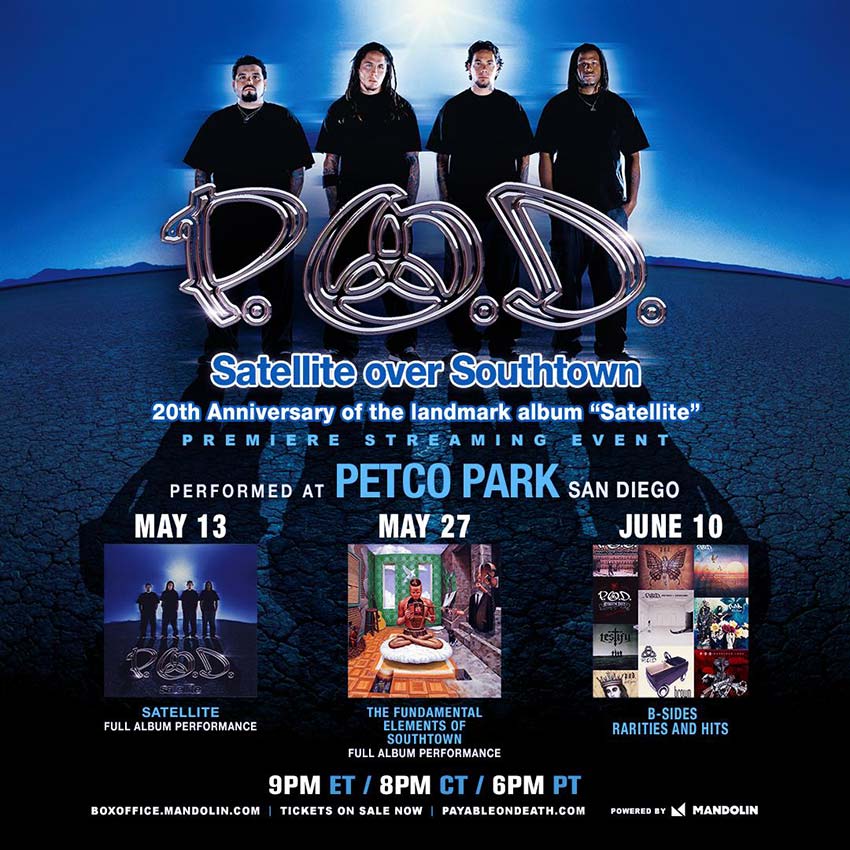