Canadian-American rock act Palaye Royale have announced their North American ‘The Bastards’ tour, which kicks off in Denver on July 7, 2021 and ends in Canada in early August. See tour dates below, get tickets HERE. The run is in support of the band’s latest album, ‘The Bastards.’

Palaye Royale have also announced pre-orders for their graphic novel, ‘The Bastards: Volume 1, which features artwork from Emerson Barrett and XoBillie — get more info HERE.

“Welcome to the world of Palaye Royale, where one can reside, reign and recreate themselves when destroyed by living,” says the band regarding the fresh graphic novel. “Ever since the conception of the band and the first single ‘Morning Light’, we have been hiding pieces of this story within the lyrics, artwork, and visuals. Finally after years of work the doors are opened for all to enter. The best travel one can take in times like these is inside their own mind, in memory or imagination. Get lost in the pages of our book. Enjoy the ride. Love the void.” 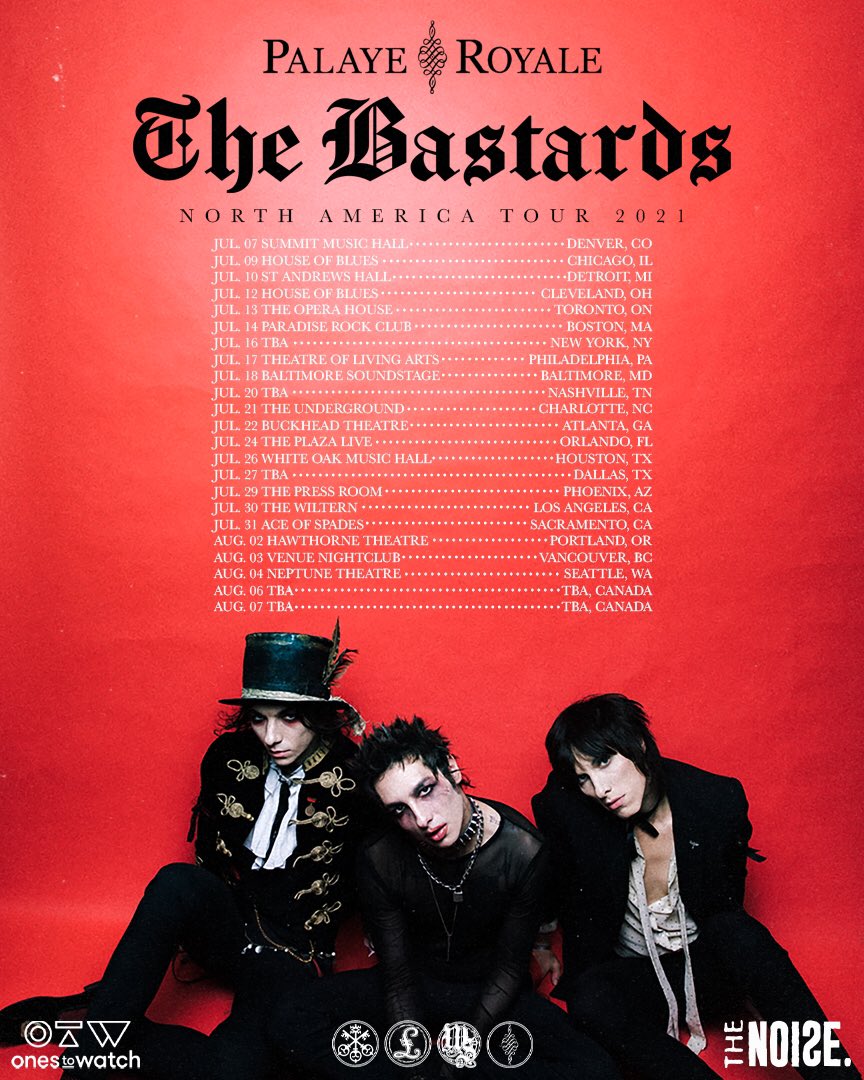