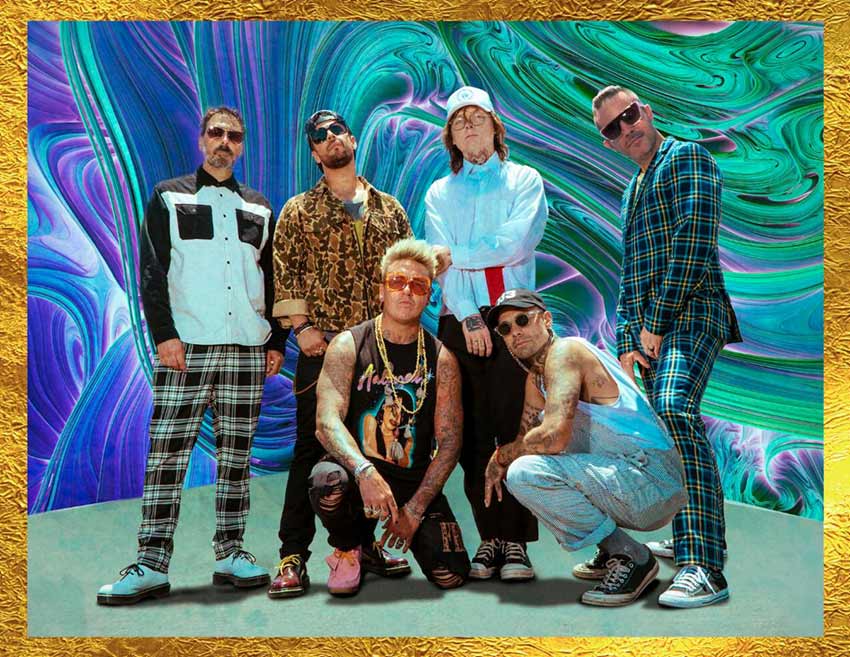 “This track came at the very end of the writing process for our upcoming album and truly feels like the culmination of years of experimenting with our sound coming back to a new version of Papa Roach,” comments frontman Jacoby Shaddix. “We’re kicking off this new chapter of our careers with a next-level track and couldn’t imagine doing it with anyone other than Jason and Sueco.”

A presser adds, “The genre-bending banger was produced by Colin “Doc” Brittain and Nick Furlong (All Time Low, A Day To Remember, Avicii) and features the saxophone stylings of co-collaborator Spencer Nezey, showcasing Papa Roach’s bravado at an all-time high.”

“This is one of the favorite songs I’ve ever made,” Sueco states on the collab. “Papa Roach has been an inspiration of mine since I was a kid, so working with them was super dope and a dream come true!”

Butler adds, “I’ve said it before and I’ll say it again- this band has somehow managed to be a legacy AND relevant all at once. So, naturally, when I got the call to hop on this track there was no question. With Sueco doing his thing the track’s got 3 different vibes that all work together. This shit is different and that’s exactly what rock needs. More DIFFERENT Sh*t. Thanks to these modern legends for making sure it happened.”

In addition, Papa Roach have announced that they have entered into a new global distribution and marketing services agreement with ADA Worldwide (WMG’s independent label and artist services arm). Regarding the news, Cat Kreidich, ADA Worldwide President, declares, “We couldn’t be more elated to have Papa Roach in the ADA family. With our talented teams and strong relationships across various territories, we look forward to activating an even wider global audience, as we support them in this new musical chapter.”