The Maryland Deathfest gathering has announced the first round of bands to take part in next year’s festivities, which officially go down in Baltimore from May 23rd-26th, 2024.

See below for full info from organizers.

We can now reveal the first confirmed bands for MDF 2024!

The majority of the foreign bands confirmed thus far will be making an exclusive US appearance at MDF 2024. There are a few foreign bands that will also play several additional MDF-affiliated shows in the week following MDF, so be on the lookout for more info about that in the coming months.

A limited amount of discounted early bird (4-day) passes go on sale this Friday, January 27th at 11 AM EST. Save the link below and be prepared to snag one of those.

The early bird passes will likely sell out the same day they are released, but don’t stress if you don’t get one, as more 4-day passes will be released later, although at a slightly higher price.

Regarding venues/stages being utilized for MDF 2024, we are planning to use Rams Head, Power Plant, Soundstage, and potentially a stage outside at Market Place (near Soundstage). We will be able to follow up about the Market Place stage in the early summer, but as it stands now, we are planning on this 4 stage arrangement, all of which are contained to one general area and will reduce the amount of walking for you. This indoor/outdoor arrangement all in the same general area could be somewhat reminiscent of when the festival was at Sonar, for those who remember that.

There will be plenty of space for merch vendors around the fountain area at Power Plant and nearby sidewalks, right between the stages being used.

We still have at least 40 more bands to announce, and the next round of 10 or so confirmed bands will be announced during the month of February. We are holding off until late spring/early summer to potentially announce a few of those bands, as there are still some obstacles in the way for them to enter the US. 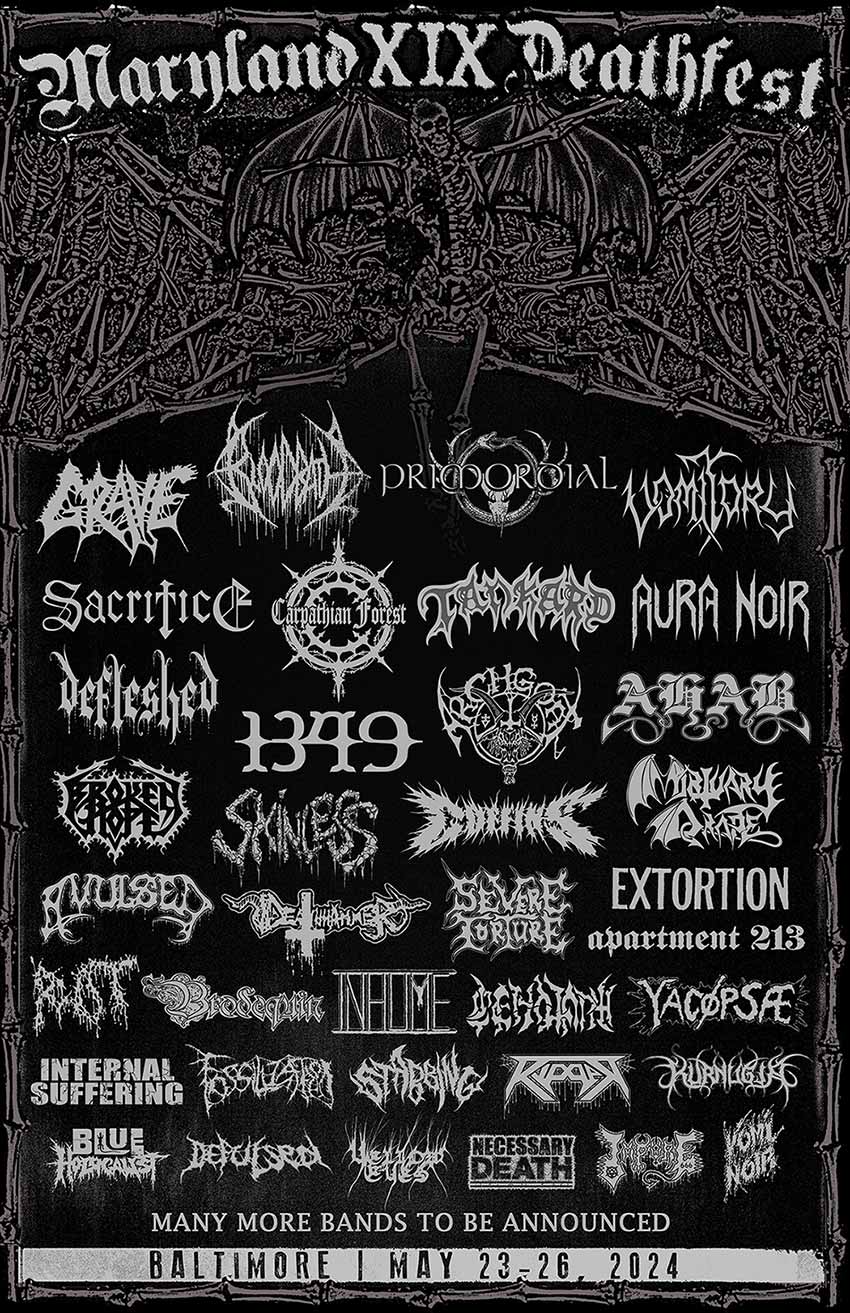 Also Check Out: Alice Cooper heading out on U.S. shows this spring