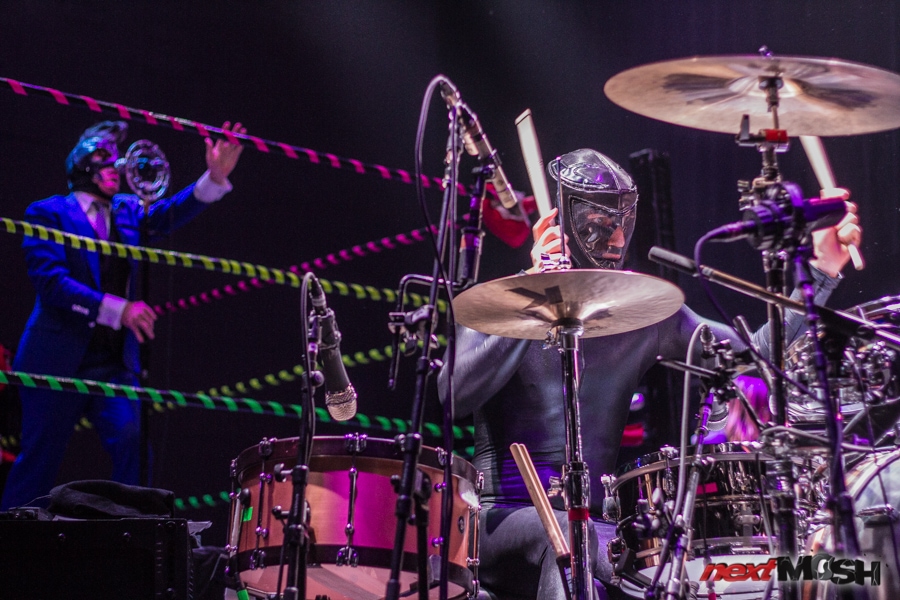 Dubbed ‘Billy D and The Hall of Feathered Serpents featuring Money $hot by Puscifer,’ the virtual stint premieres on April 17th (Keenan’s birthday) and will feature a full performance of the band’s 2015 full-length offering, ‘Money $hot.’ The stream debuts at 2PM PST/5PM EST/10PM UK/11PM EU that Saturday, and will air for the following 72 hours.

“In this prequel to his alleged abduction during Existential Reckoning, we find Billy D trudging through what has been referred to as the Bermuda Triangle of the Southwest,” explains Keenan. “As is common within the Puscifer Vortex, Time and Logic have no home out here. Let that go. Just strap in for another magnificent ride through our collective Grey Matter.”

“While looking both forward and backwards, we stumbled into The Hall of Feathered Serpents,” states Puscifer’s Mat Mitchell. “The perfect site to pay homage to the Money $hot album and tour.”

Buy tickets to the stream at this location. Check out the teaser trailer below.