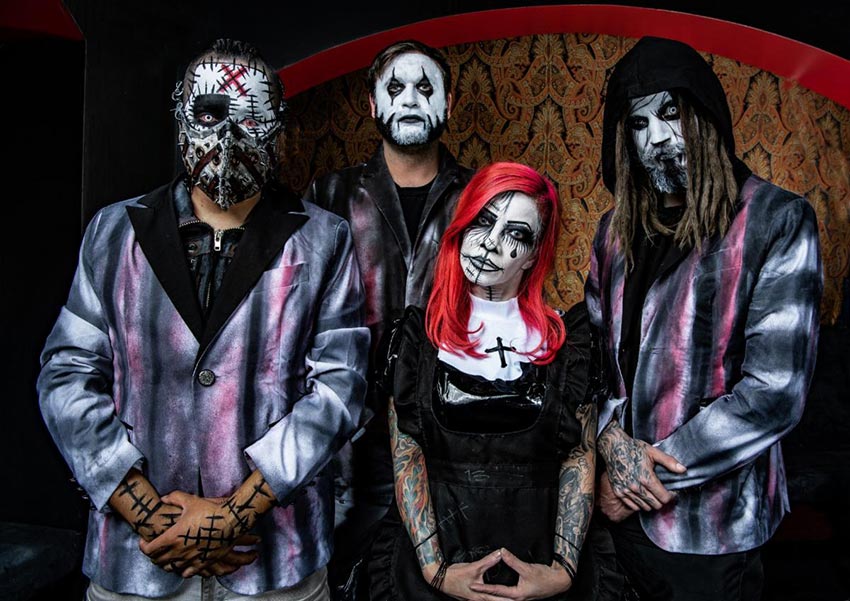 Theatrical metallers Raven Black have revealed (via The Pit) their new single, “5 Feet Underground,” in lyric video form. The song appears on the band’s upcoming third album, ‘The Key’ (due Oct. 2nd – pre-order).

“‘5 Feet Underground’ expresses the inner determination and preservation of one’s artistry,” explains vocalist Raven. “A response to those who don’t understand our dark metal carnival world and a grand invitation to those fans who join in the fun and run away to the carnival!”

Raven Black previously released two singles from ‘The Key,’ specifically a lyric video “Darkest Pit” and an official clip for “Hear Me Cry.”