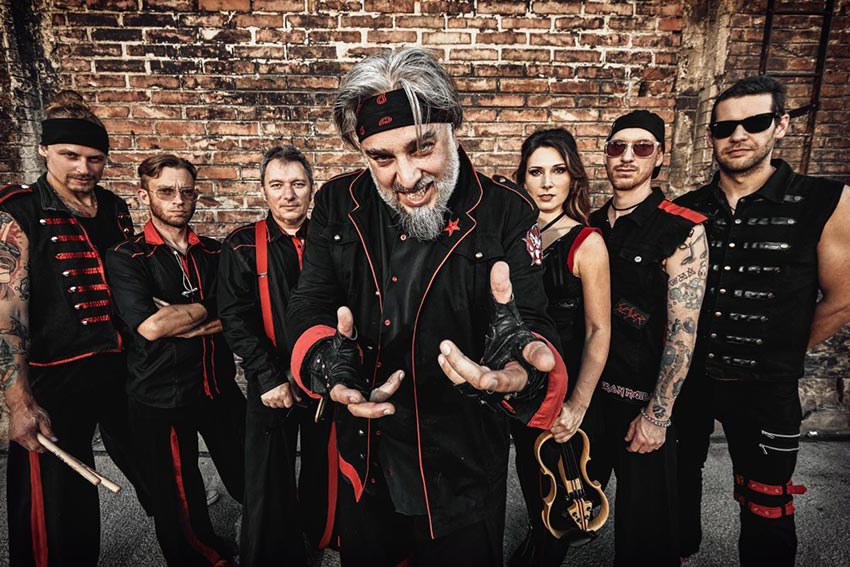 Napalm Records is proud to announce the re-signing of Russkaja after three years! Breaking all genre boundaries, Russkaja deliver their “Turbopolka” and mingle open-minded passion with various styles from around the globe. Since 2005, Russkaja have been touring their modern and cosmopolitan Austro-Soviet roots, enthralling crowds all over the world. Napalm Records is thrilled to take it to the next chapter with Russkaja after releasing three full length albums together and garnering tens of millions of YouTube views and streams!

Guitarist/Songwriter/Producer Engel Mayr says:
“Napalm Records is the perfect partner for the album we’re currently working on. This will be a heavy rockin’ RUSSKAJA album, I think it will be the heaviest album we ever made and I’m really looking forward to blasting out these songs with our fans!”


The music of Russkaja is as multinational as the band itself: Russian-born Georgij Alexandrowitsch Makazaria has been living in Vienna since 1990 and founded Russkaja in 2005. From the very beginning, he was joined by Ukrainian bass player Dimitrij Miller and HG Gutternigg, who plays the self-developed “Potete” (a mixture of trombone and trumpet) and learned from jazz legend Joe Zawinul, among others. Rounding out the team are guitarist Engel Mayr, drummer Mario Stübler and Lea-Sophie Fischer on the electric violin.