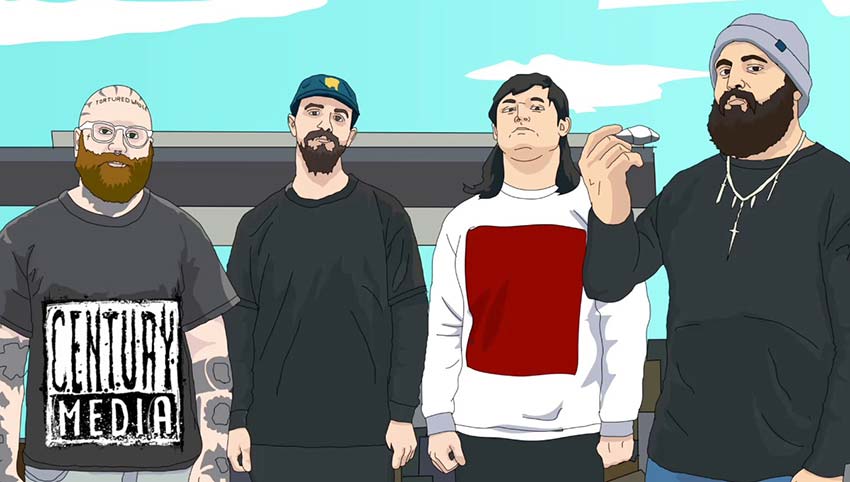 “We’ve always wanted to do an animated video,” the band comments. “Check it out — we are fucking cartoons. We hope you like weed.”

“Getting high as fuck and animating blood to this song was a pleasure,” declares the video’s animator Hallhammer. “I hope the characters involved don’t put me on a list.”

“Sanguisugabogg craft uncompromising, in-your-face, and not-for-the-weak death metal that siphons inspiration from the ’80s and ’90s traditions of acts like Cannibal Corpse, Mortician, and GWAR, as well as Dethklok,” says a press release.