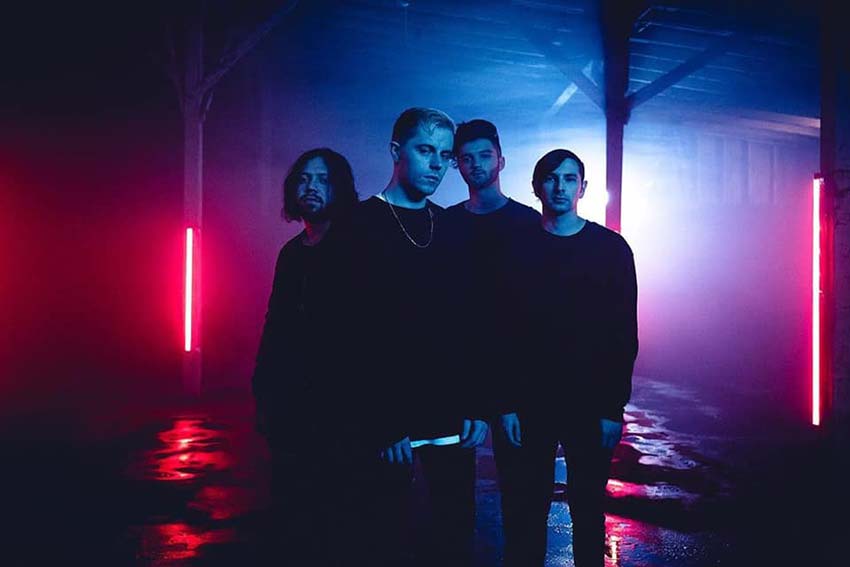 San Diego post-hardcore group Thousand Below have premiered their new single “Gone To Me” in official music video form — watch/listen below. The track was produced and mixed by Zach Jones (Fever 333, Make Them Suffer, From Ashes To New).

“‘Gone to Me’ is about navigating the painfully complicated scenario of having someone you used to be in love with — who once caused severe emotional damage to you — still try and remain in your life on positive terms,” singer James Deberg states about the song. “Shutting them out completely feels wrong, as this person was such an important part of your existence for so long. But you also eventually realize that any attempts or efforts to keep them close in your life, while they move on from you faster than you’ve moved on from them, just causes you more pain in the long run.”

He continues, “Having to watch someone who was once your best friend and the most important part of your life slowly move on to connect with other people tears you apart, but not having them around at all also causes its own type of pain. The song is about the double-edged sword of trying to move forward.”

“The intimate video follows the vocalist as he works through the battery of emotions that he described above, while the song’s aching refrain will burrow in your brain for weeks to come,” adds a press release.