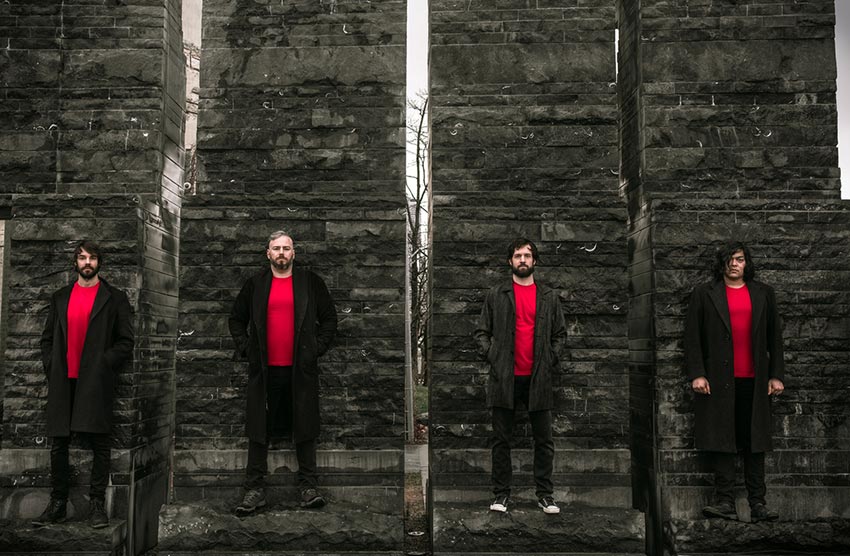 Having inked a deal with Prosthetic Records, Toronto based post-metal four-piece, Sarin, have today announced their third full-length album, You Can’t Go Back, out on February 5, 2021. The band have also released lead single, Reckoner, with an accompanying music video, produced by digital and analog cinematic auteur Gabriel Masewich. Listen to Reckoner via here:

Of the signing, David Wilson (guitar / vocals) comments: “We’ve always thought of Prosthetic as being at the forefront of modern heavy music, whether that’s all out hardcore or more drawn out and experimental styles, and we’re ecstatic to be sharing the space with bands like Undeath and Vile Creature. I still get excited seeing the same Prosthetic Records logo on our album that I saw on so many albums I loved growing up.”

Talking on Reckoner, David adds: “Reckoner is about scrambling and ultimately failing to hold on to an old identity. The record was written during a period of personal change, and the song encapsulates the struggles and rewards of consciously choosing to take more command of your life. Sonically, it’s probably one of the most direct songs we’ve ever written, and serves up the heaviness with as little fluff as possible.”

Recorded at The Sugar Shack in London, Ontario by Simon Larochette and later mastered by James Plotkin, You Can’t Go Back captures Sarin’s crushing post-metal at its dynamic best. The emotionally charged origins of the album’s lyrical themes lend themselves to the tonally dense and memorable song structures that build tension throughout, balancing crushing intensity with fleetingly gentle passages, that reveal the therapeutic nature of the record.

Although You Can’t Go Back is imbued with enough silver linings to make the album an inspirational listen, the process of change – and all its agonising facets – is never far from view. The cover artwork by Eliza Xenophon, in all its vibrant glory, hints at the churning mass of feelings contained within.

You Can’t Go Back will be released via Prosthetic Records on February 5.