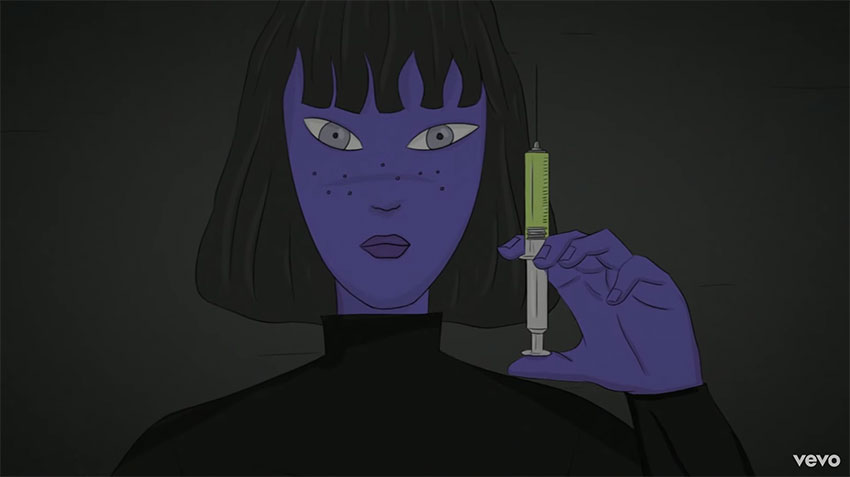 This is our second collaboration with [director] Mertcan [Mertbilek] and I wanted to get his interpretation of the lyrics. I sketched a rough idea, and he ran with it to create a video that I think is powerful and provocative. Animation allows far more freedom to create compelling visual art and I love how this video turned out.