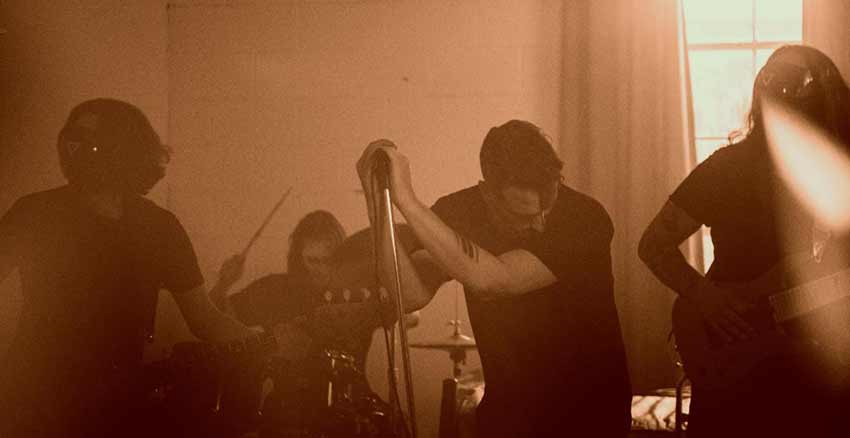 American-Canadian alt-metal outfit Set The Sun have released the first single from their upcoming debut EP. The duo, known as Arc & Eris, wrote and recorded the record during last year’s lockdown, which inspired them to delve into themes of isolation, division, and unspoken conflict on their first studio offering. The first taste of the new record comes via the new single “Invisible,” which boasts guest vocals from Ryan Clark of Demon Hunter, as well as Thomas Freckleton from Silent Planet playing bass on the track.

Listeners can expect to see plenty of familiar guest artists on upcoming music from Set The Sun, as the group will often collaborate with a group of fellow musicians that they refer to as The Collective. Speaking about his involvement with the single “Invisible,” Ryan Clark states:

“I believe collaboration at its best stems from mutual appreciation. When I first spoke with—and listened to—Set The Sun in the summer of 2020, it was clear that our collective interests and influences were aligned. I’m very particular with modern heavy music and I’m not often impressed with the trajectory of the genre. STS, however, has all of the components that excite me: major riffs, beautiful melodies, lush electronic textures, slick execution, and more. They’re heavy but not one-dimensional, progressive but not overly self-indulgent.”

Clark adds, “These guys tick all the boxes for me, so collaboration felt natural. I’m honored to be a part of the band’s introduction to the world, stoked for the opportunity to contribute to a song that I genuinely love, and pleased to work with such talented and humble individuals.”

Reflecting on Ryan’s contributions to “Invisible”, the band shares: “With STS being a two-person writing team, we always enjoy taking a song to an outside artist to add new dimensions to it. We’ve been fans of Demon Hunter and Ryan’s work for a long time and felt he would be perfect for this song, so we got in touch with him late last year. When we sent him the song last December to add his parts, it was such an easy and pleasant experience. Ryan knew exactly what to add to take the song to the next level. We’re thrilled with how it turned out and can’t wait to collaborate with him again!”