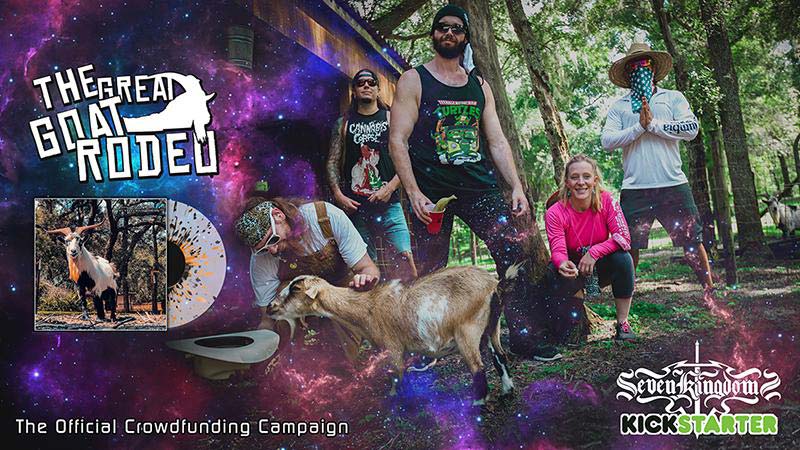 ‘The Great Goat Rodeo’ is released on video today as a special perk because the crowdfunding campaign for this release hit the first of 3 goals in less than 24 hours.

“It’s always pretty unbelievable to watch something like a crowdfund happen. We are so thankful for the fans that we have and hope that everyone enjoys this wild and ridiculous release”, commented vocalist, Sabrina Cruz.

Dictionary.com defines a Goat Rodeo as “a slang term for something going totally, unbelievably, disastrously wrong, and there’s nothing left to do but to sit back and watch the trainwreck.”

Due to how the pandemic has hit the music industry, as a band, we had to make some serious changes to our release and touring schedule. We wanted to push something new a little sooner than later, and make something that is representative of the ‘Goat Rodeo’ that 2020 is. We have recorded a stand alone Single, a Short Film and also an 8 Episode Documentary for immediate release as goals are met in our Crowdfunding Campaign. ’The Great Goat Rodeo’ is a fun idea we have had for a very long time, and it’s designed to give people a little comic relief in these uncertain times. We will immediately begin work on our next EP while this rolls out. Take a look at our Campaign for more information on the Project!