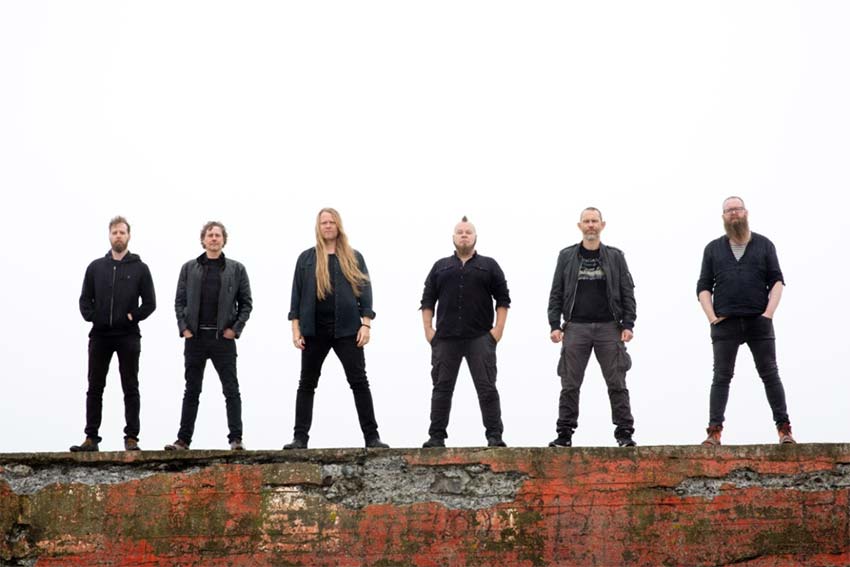 Icelandic Viking Metal giants Skálmöld will release their second live album and their first as solo band, 10 Year Anniversary – Live In Reykjavík, on September 25, 2020 via Napalm Records. Taken from this exciting ride through the band’s discography, Skálmöld have just unveiled a second single “Að hausti” (eng: In Autumn). With a catchy guitar riff and alternating vocal lines that exude the energy of Skálmöld’s smashing live performances, the song is an absolute stunner.

Originally released on their 2014 album, Með vættum, the Icelandic Vikings’ call for autumn always marks a highlight at every live show, no matter which time of the year it is. The band’s enthusiasm immediately spreads to fans from all over the world, animating them to bang their heads and raise their fists to the uplifting and catchy harmonies. Between 16 tracks in total, “Að hausti” is part of an unforgettable night to honor the achievements of the six full-blooded musicians so far. It was at this magic evening in Reykjavik, back in 2019, when Skálmöld recorded their new live album 10 Year Anniversary – Live In Reykjavík in front of the legendary sold out Gamla Bíó.

Skálmöld on “Að hausti”:
“We present to you “Að hausti” – the second single from our upcoming 10 Year Anniversarylive album. This song used to be an integral part of our set some years ago and it was super fun to re-visit “Að hausti” for our anniversary shows, very energetic song in a live setting and tends to get the people moving. We are really happy with how this one turned out. Oh, and please make sure to pre-order a copy of the album – you don’t wanna miss out on this one.
Skál!”


Three consecutive sold-out shows at the Gamla Bíó in their hometown Reykjavik were the adequate setting to celebrate the 10th anniversary together with their devotees. 10 Year Anniversary – Live In Reykjavík transports the mythical atmosphere directly into their fan’s homes.

“In late 2009 we started SKÁLMÖLD. Nothing serious. Was just supposed for the pure fun of meeting up once in a while to play some metal music. Fast forward 10 years and we are celebrating the release of 10 YEARS OF SKÁLMÖLD – Live in Reykjavík. Recorded in the heart of Iceland’s capital at one of our 3 amazing sold out shows. Here is SKÁLMÖLD in its purest form – on stage, feeding on the energy of our beloved fans. We feel really proud and happy to present this to you. Enjoy!”

Pre-Order your copy of 10 Year Anniversary – Live In Reykjavík NOW! 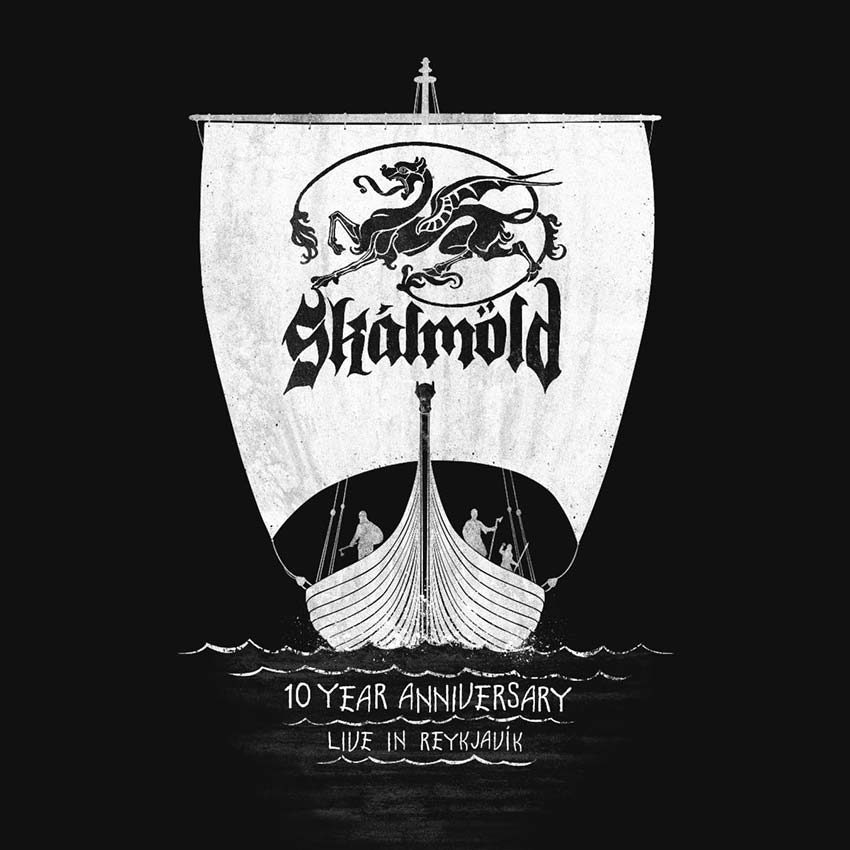 Starting off with their chant-worthy song “Heima”, Skálmöld had concert-goers screaming along from the first second. Quickly transforming into “Árás”, fans almost immediately got to see the wild side of the band which manifests in menacing vocals, fast riffs and protruding drums. Skálmöld classics, like the story of Loki’s son, “Narfi”, and just how dangerous and manipulative Loki’s children truly are, were essential for the setlist. “Niðavellir”, the obscure home of the dwarves, tells the story of tombs and caves, underlined with propelling drums and heavy rhythms. This is pure Viking Spirit!