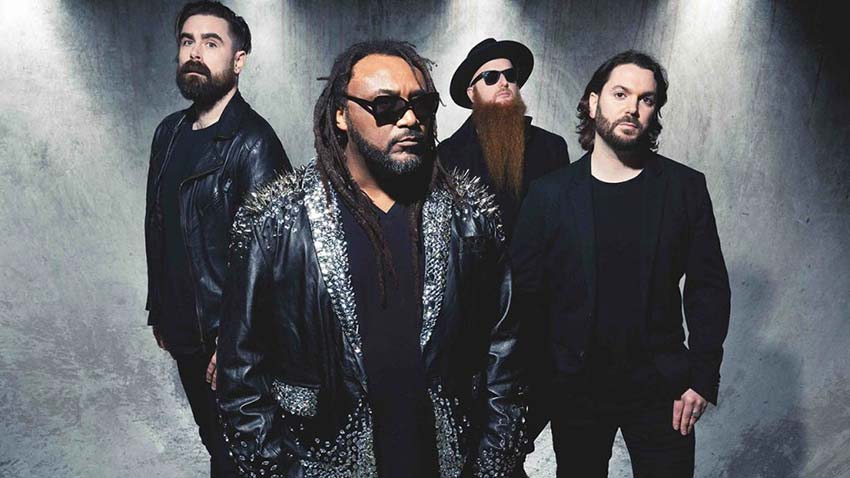 Welsh heavy metallers Skindred have uploaded an official lyric video for their previously unreleased track titled “Struggle” — check out the clip below. The song is featured on the band’s upcoming re-release of ‘Roots Rock Riot,’ which is due out on April 23rd (pre-order).

“The very timely and poignant new song ‘Struggle’ is an acoustic track, and although not the typical Skindred sound, showcases the band’s prowess as powerful songwriters,” says an official announcement released today.

Drummer Arya Goggin adds, “The song ‘Struggle’, to me at least conveys a message of hope when your in the battle for love. We have all been there and sometimes we win and sometimes we lose. ‘Struggle’ is about keeping on with the fight as it will be worth it in the end. Life is sometimes a struggle and this year it has really highlighted that. To me it’s as important today as it was when we wrote it over 15 years ago. I’m so pleased it’s getting the chance to be heard and hopefully people will draw a positive message from it.”

Also Check Out: Blacklite District breaks the cycle of addiction on “Live Another Day” (premiere)