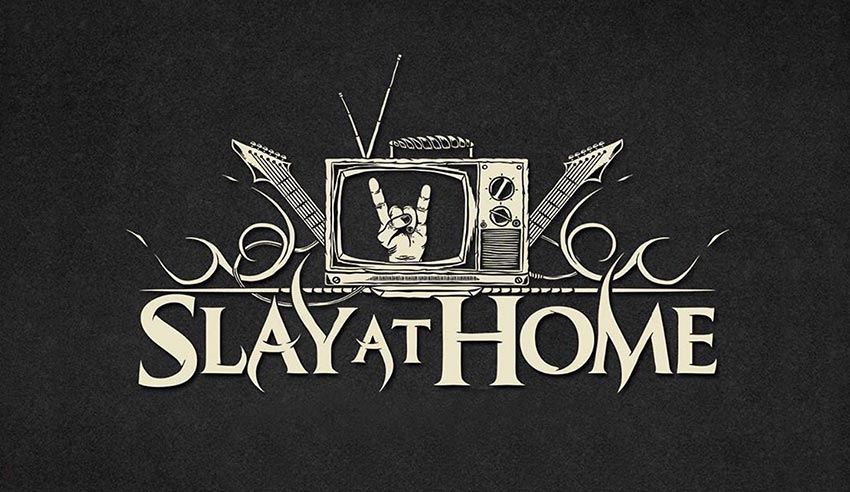 Following a successful two-day ‘Slay at Home‘ metal and art festival (in support of MusiCares and Global Giving) this past May which featured sets/commissioned music from the likes of Suicide Silence, Tesseract, Silvertomb, Darkest Hour, Angel Vivaldi, Khemmis, Spotlights, Allegaeon and many more, the Frank Godla-produced event has confirmed that it will return for a monthly virtual series.

“I’m happy to announce after the overwhelming success of ‘Slay at Home’ I’m bringing it back monthly in smaller doses, as a place to discover cool new bands alongside big names, in support of a different charity each month,” says Godla.

Powered by eOne Heavy, the September edition of the online gathering will live stream for free a week from today, September 25, at 3PM EST and will be in support of National Alliance on Mental Illness for Suicide Prevention Month.

You can watch live via Metal Injection’s YouTube channel.

See below for the event flyer along with streams from this past May. 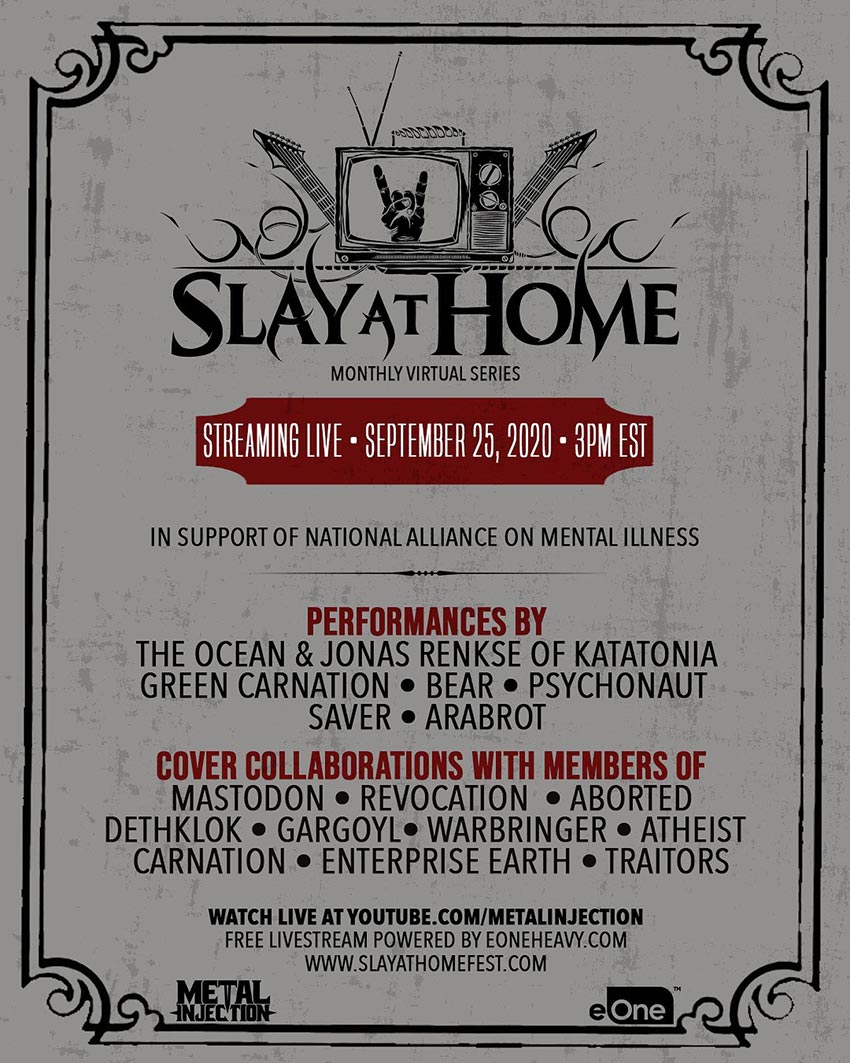