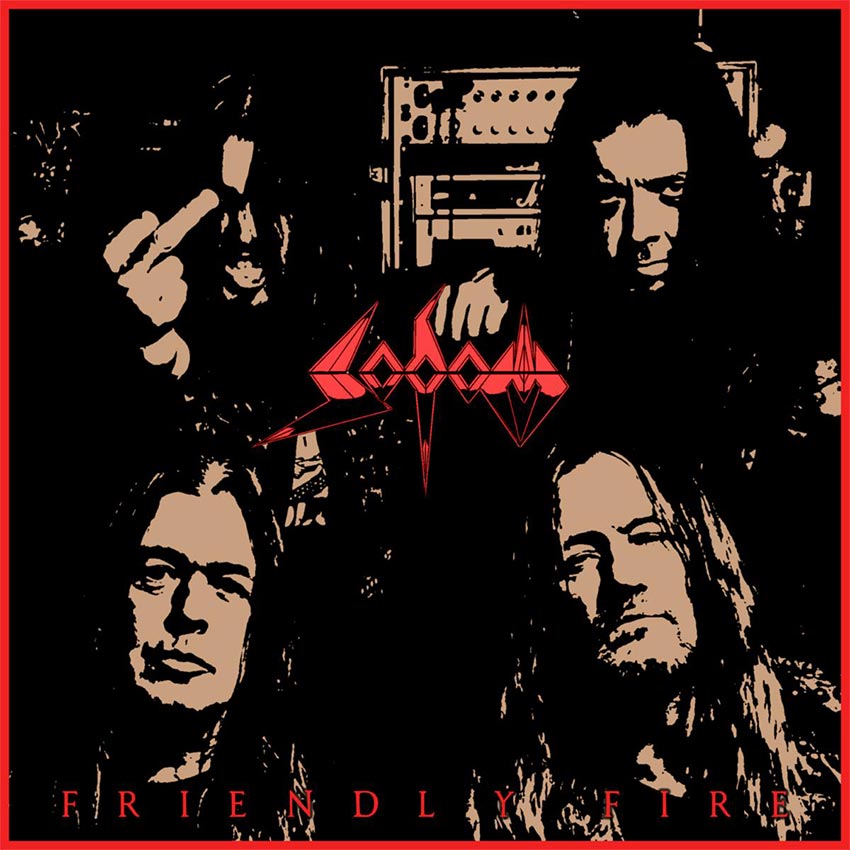 German thrash metal greats Sodom have issued an official video for their new track, “Friendly Fire,” which appears on the act’s soon-to-be-released new album, ‘Genesis XIX’ (get it on 11/27 via eOne in North America and Steamhammer in Europe – pre-order).

Comments bandleader Tom Angelripper, “So, here it is … my favorite on this album. I can hardly believe or indeed describe how much I love this song. I’m pretty sure it sets the direction for our next album. And in the meantime, I’m convinced that it’s the clever sequence and combination of notes in our twelve equal system that makes music (generally) so diverse. Lord, I wish we’d known that back then. Often in a war situation, soldiers find themselves having to direct their weapons against their own comrades who are holed up close to enemy positions. These victims were accepted as part and parcel of the overall victory. Large numbers of supposed enemy planes were also shot down…”