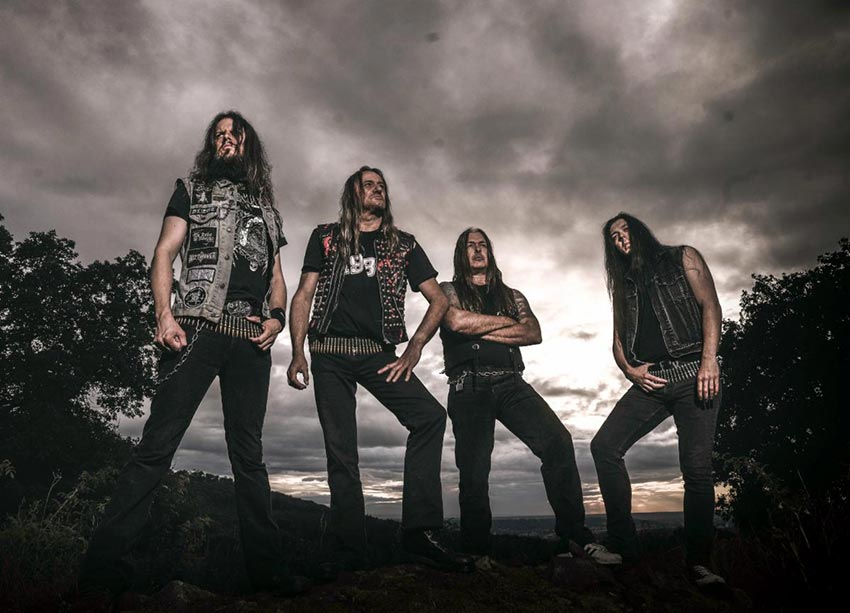 Here’s more info on the upcoming effort via a press release:

From unadulterated thrash metal tracks “Euthanasia,” “Dehumanized,” and “Friendly Fire” to off-the-grid numbers such as “Occult Perpetrator,” SODOM delivers a wide range of facets of their signature sound. This inventiveness also applies to the lyrics on Genesis XIX, with vocalist/bassist Tom Angelripper presenting, as usual, his very own range of subjects: “The Harpooneer” is based on Melville’s Moby Dick novel featuring the obsessive Captain Ahab, “Glock N’ Roll” is the story of a serial killer, “Waldo & Pigpen” is an homage to the same-named US fighter pilots, whose radio traffic during their mission in Vietnam has survived, and “Nicht mehr mein Land” describes the condition of western society. Genesis XIX – recorded by Siggi Bemm and mastered by Patrick W. Engel – comes shrouded in the cover art of Joe Petagno of Motörhead fame.