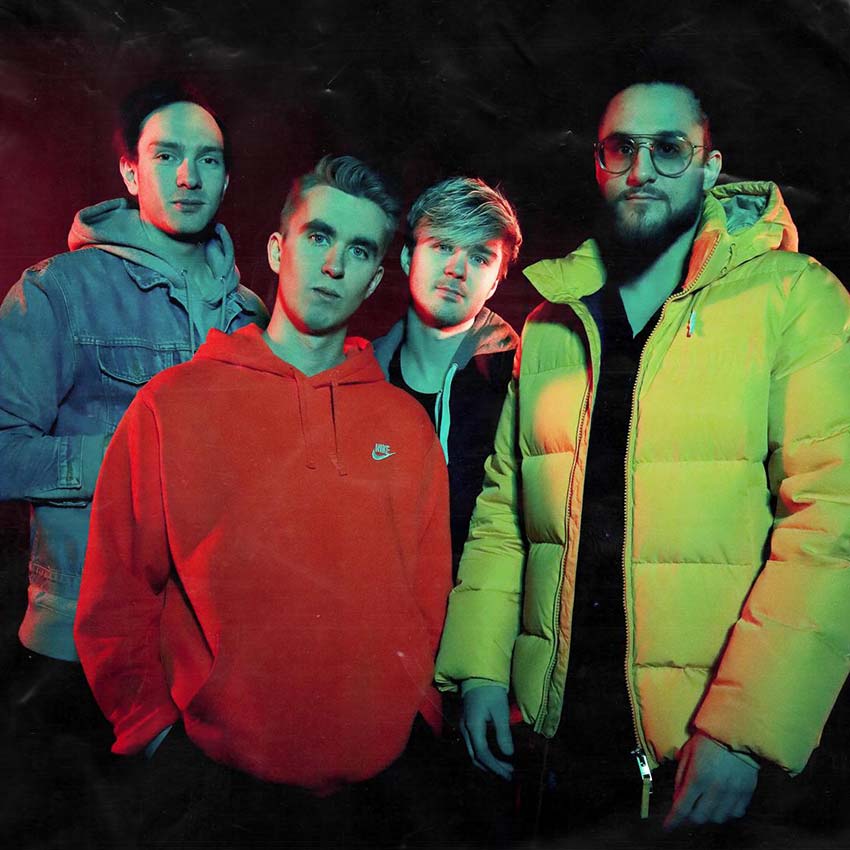 Swedish electro-metal quartet, Solence, have released a much needed, feel-good shot of audio adrenaline with brand new track “Good F**king Music.” Enlisting the help of their sizable worldwide fanbase, the accompanying music video shows the band rampaging through the Swedish streets cut with crowd-sourced clips of fans partying to the euphoric banger. Listen to the track here and watch the video below.

“Good F**king Music” is the first track to be released since the band released the hugely popular ‘Direction’ EP in 2020 the follow up to their 2019 debut album, ‘Brothers’ in 2019. ‘Brothers’ shot them quickly to international acclaim. To date they have clocked up over 100 million streams across all platforms, have over 135k YouTube subs, entered Top 50 on Active Rock Radio in 2020, have been featured on the cover of Spotify’s New Core playlist twice and saw single Animal In Me become the most played track on SiriusXM Octane when it was released last year.

Solence have spent nearly a decade growing up together. Learning and growing in life and in music for so many years creates a bond strong enough to withstand the greatest struggles and rejoice in the tremendous accomplishments. Solence stand for motivation, positivity, strength and courage to follow your dreams and personal goals. Speaking on the band’s ethos, singer and band leader Markus Videsäter says:

“In a hard rock world that can be pretty dark and depressing, we try to do make things a little brighter and encourage our fans to believe in themselves a bit more. We try to be role models and show that anything is possible.