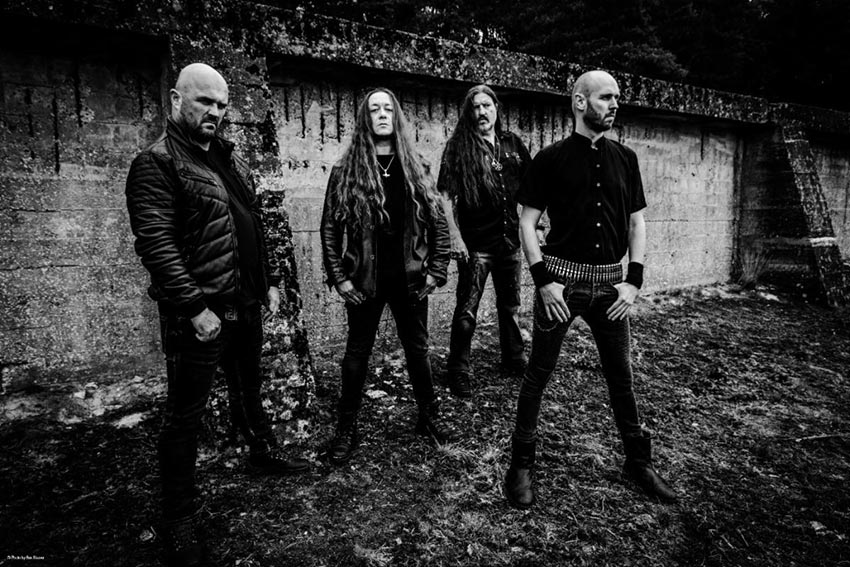 
“At Friday November 13th, our new album NOA’S D’ARK shall see the pale light of day. And it is with a thrill of pleasure we hereby offer you a second track from that album, called: “Anarchrist”. A Diabolical Libertine of a song.

Lyrically fueled by what I refer to as ‘spiritual anarchy’ & musically drenched with a heavy load of melancholic darkness. ‘Anarchrist’ outgrows itself on both spectrums. It’s an audial entity of existentialistic height that takes you on a journey through the mortality of the soul straight into the bliss and horrors of our cosmic aura.

Written with an unstilled necessity for the liberation of dark art through extreme music. Do these pandemic times try to imprison your mind and flesh? The ‘Anarchrist’ will show you right the f*ck out,” states Soulburn frontman Twan van Geel about “Anarchrist”.

Noa’s D’ark Tracklisting:
1. The Morgue of Hope
2. Noah’s Dark
3. Tempter ov the White Light
4. Anarchrist
5. Shrines of Apathy
6. Assailed by Cosmic Lightning
7. Triumphant One
8. Anointed – Blessed – and Born for Burning
9. The Godless I
10. From Archaeon into Oblivion

The album’s limited first CD pressing comes with O-card packaging and two bonus tracks (“Abyssica” and “On the Crimson Wings of my Ruin”), which previously only appeared on the limited 7″ EP Carpe Noctem from 2018. Noa’s D’ark will also be available as an LP in the following formats: 180g vinyl versions in black (unlimited), transparent magenta (limited to 100x copies on CM Europe Webshop), and transparent petrol green (limited to 200x copies via CM Distro). Pre-order Noa’s D’ark in its various formats here: https://soulburn.lnk.to/NoasDark.