When this band was named a decade or so ago, it was done from a place of love and inclusiveness. The two words “spirit animal,” without any context, had so much power and felt so uplifting that everyone who heard the name would interpret it uniquely for themselves. With every conversation, release, and performance we found new people who the name excited and drew in, and we fed this open-endedness by laying strict ground rules for how we applied it. Namely, we never used animal-related art or themes and, most importantly, we never used cultural imagery that wasn’t our own.

The ubiquity of the term “spirit animal” in society made its use feel ok. The debate about its appropriateness was almost non-existent online or off. Even as you read this in 2020, many of you may be confused or surprised that we’re couching our decision to change our name in these terms. But a few times now we have been asked about the name. “Are you Native American?,” someone messaged us on social media. On a couple occasions, someone has called us out in the comments. These instances were so infrequent that it was difficult to justify taking action. But today we are here to say something we think everyone should aim to internalize and live up to: it doesn’t matter how many people are hurt by something you’re doing; one person should be enough to make you stop, if not stop and think.

If you’re familiar with this band and the people in it, you know how committed we have been privately and publicly to advancing the interests of the underserved, the vulnerable, the marginalized, and the oppressed. We have done this with our voices, our platforms, our feet, and our wallets. But on this score, we all can and should do more. So that’s what we’re doing. We’re retiring the Spirit Animal name in favor of Record Heat, in solidarity with the indigenous people whose lives and histories have been overturned and undermined by a brutally unjust system and a cultural blindspot as big as the sun itself.

Record Heat isn’t a new project, it’s a new leaf. Our songs and albums will be right where you found them before, but they’ll be there with the veil of insensitivity lifted. We hope you not only understand, but take time to reflect on the ways in which you might be able to take your commitment to change to the next level, too. Thank you for the support all of these years. Our new shit’s gonna fuck you up.

During quarantine, Record Heat have been busy working and recording new music. The band have also just announced their new single, which is set for release late September.

Record Heat’s most recent effort, ‘Reborn Yesterday,’ is out now.

In addition, the band have a hometown show scheduled for October 1st at Sony Hall in Manhattan. Stay tuned for more info. 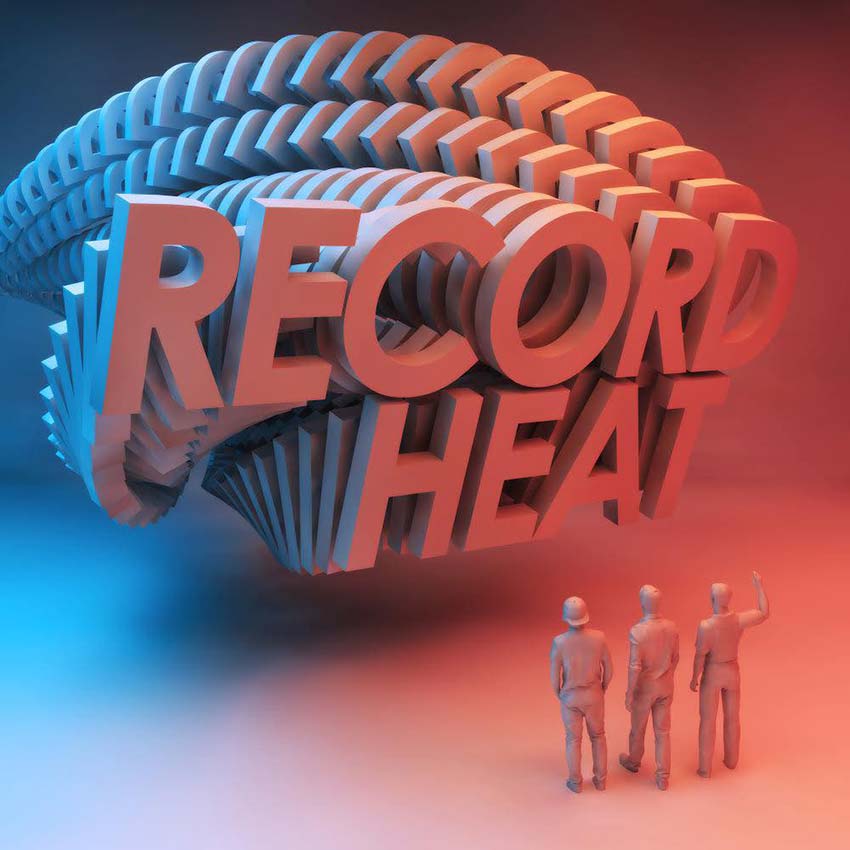