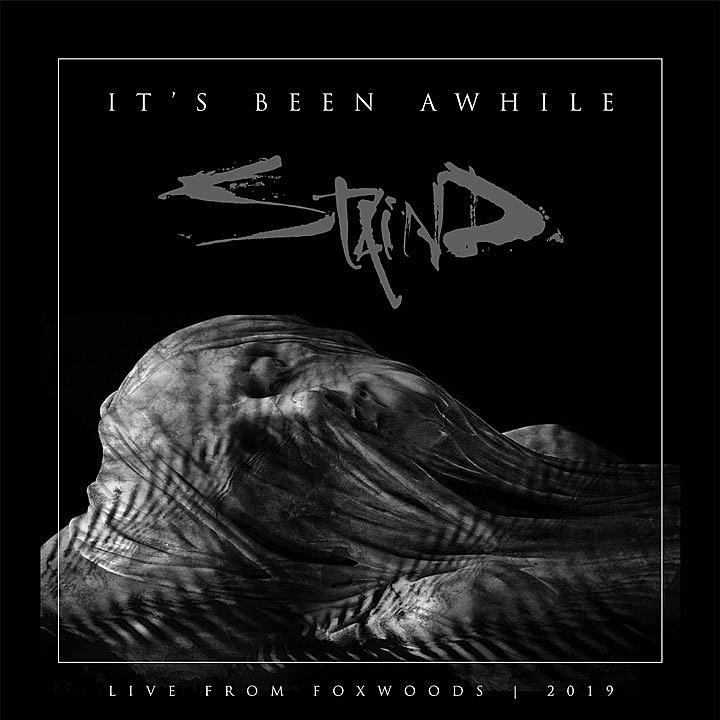 Massachusetts rockers Staind have announced a new live effort dubbed ‘Live: It’s Been Awhile,’ which is slated to drop on May 7th through Yap’em / Alchemy Recordings (pre-order). The album, marking their first new full-length release in nine years, was recorded at their comeback show (their first gig after a five-year hiatus) at the Foxwoods Resort Casino in Mashantucket, CT in October 2019.

The ‘Live: It’s Been Awhile’ album will be accompanied by ‘The Return of Staind: A Two Part Global Streaming Series’ event produced by Danny Wimmer Presents, which kicks off starting May 1st.

“These were the first grouping of shows we played together in 2019, when we were gearing up for what was to be a very busy 2020…that never happened,” states Staind lead vocalist and rhythm guitarist Aaron Lewis. “I’m glad we captured that energy here and can share it with those who couldn’t be at Foxwoods.”

Regarding the online series, a press release notes, “STAIND will also be performing their iconic multi-platinum 2001 album Break The Cycle in its entirety for a May 8 streaming event, exactly 20 years after the album’s release. The 20th Anniversary Of Break The Cycle, Performed In Its Entirety takes place at Mill 1 in Open Square in Holyoke, Massachusetts, bringing the band back to their Western Mass roots. Please note, this is a fully virtual event, with no in-person attendance.”

Lewis adds, “Our first show together in 1995 was at a now defunct bar called the Waterfront in Holyoke. We played mostly covers, because that’s what you had to do back then. Turns out The Waterfront is two miles from where we did this. Here we are, two miles down the road, 26 years later, celebrating the anniversary of the album that helped us break though 20 years ago and altered our lives forever.”

Both global streaming events start at 2:00 PM PDT / 5:00 PM EDT / 10:00 PM BST / 11:00 PM CEST on their respective days and will be accessible for 72 hours. Tickets and bundles and be purchased at staindlive.com, you can also watch a trailer below. 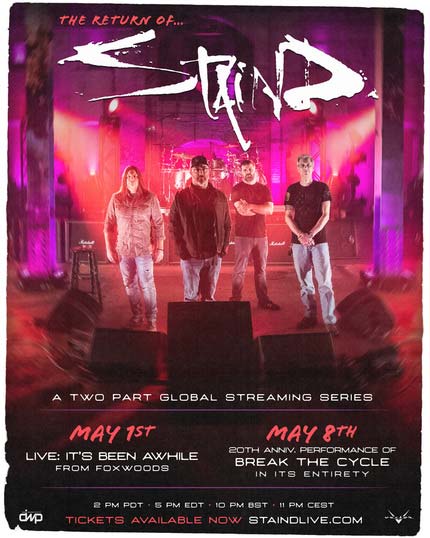