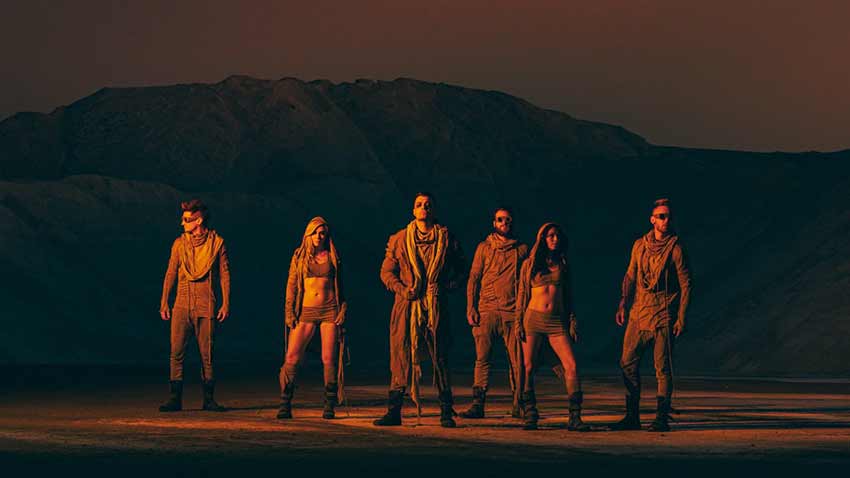 Cosmic rockers Starset have announced a fall 2021 U.S. tour kicking off on November 3rd in Asheville, NC and running through December 18th in Cleveland, OH — check out all confirmed shows below.

Here’s more info on the band from a presser, “Formed in 2013 by Columbus, OH singer/songwriter/frontman Dustin Bates, STARSET’s first album Transmissions debuted at number 49 on the Billboard 200 chart, one of the highest-charting debuts for a rock band in 2014. The group’s intricately-crafted sci-fi backstory piqued the interest of fans, and they subsequently released the concept album Vessels in 2017, followed by DIVISIONS in 2019.”

They add, “Their song “Monster” peaked at number 2 on the Billboard U.S. Mainstream Rock chart in May 2017, and by 2020, the band had tallied over two billion streams worldwide. STARSET recently released an Amazon Original cover of Led Zeppelin’s “Kashmir.” The band’s latest single is “INFECTED.” STARSET have received critical acclaim from Billboard, Forbes, Loudwire, Nerdist, and beyond over the course of their career.”