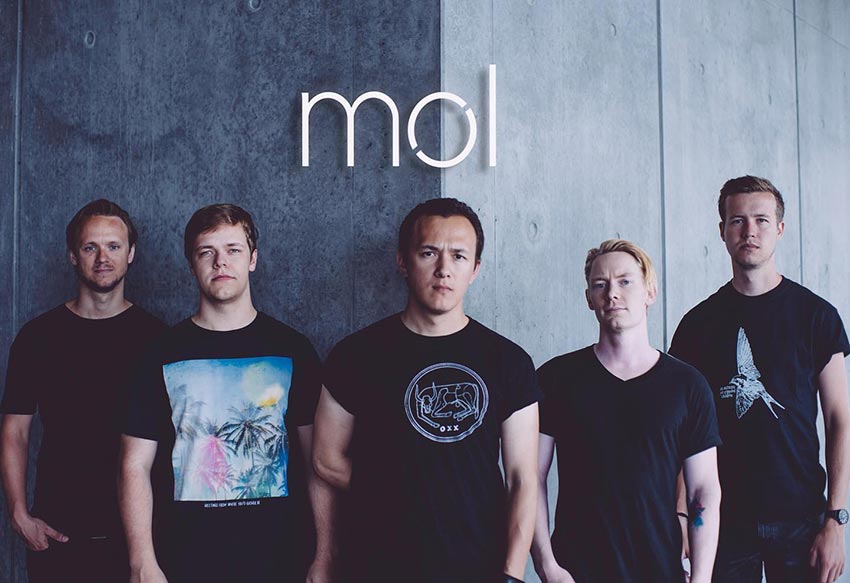 There’s a new addition to the worldwide Nuclear Blast family: The label is more than proud to add one of the most-promising extreme metal acts to their roster and welcomes Danish Blackgazers MØL!

Nathan Barley Phillips, European A&R, states:
“I am absolutely delighted to welcome MØL to the Nuclear Blast family! On a trip to Denmark a couple of years back, I was lucky enough to see the band play live and was instantly taken aback by a band that manages to combine some of the blackest vocals and heaviest riffs with visceral moments of pure melodic beauty. I am over the moon that they have chosen NB as their new home, entrusting us with their previous records and laying plans for new music in the very near future!”

The band adds: “We are excited and humbled to be working with Nuclear Blast, after a year of writing the follow up to jord. We feel that we are in very safe and competent hands, and we can’t wait to show our new songs to the world.”

Aarhus (DK) based MØL blend swirling guitars and hissing vocals with the dreamy ambience of shoegaze to form a unique composition of soundscapes and crushing passages. Inspired by bands like My Bloody Valentine, Slowdive, Drop Nineteens, Lantlôs and Alcest, MØL released their self-titled debut EP back in 2014.

A year later the band perfected their sound with their second EP “II”, produced by Jacob Bredahl and released in 2015. Both EPs were well received and drove them on to do some emphatic live shows which were praised by press. In 2018, MØL made an international breakthrough signing with Holy Roar Records (UK) who released their debut album ‘Jord’ to critical acclaim. The record was recorded at Grapehouse Studios and mixed and mastered by Chris Kreutzfeldt. The album was also released as an instrumental version and in 2019, the band re-released their two first EPs, remastered for CD and vinyl. In 2021, MØL will return with their second studio album, their first for Nuclear Blast Records.