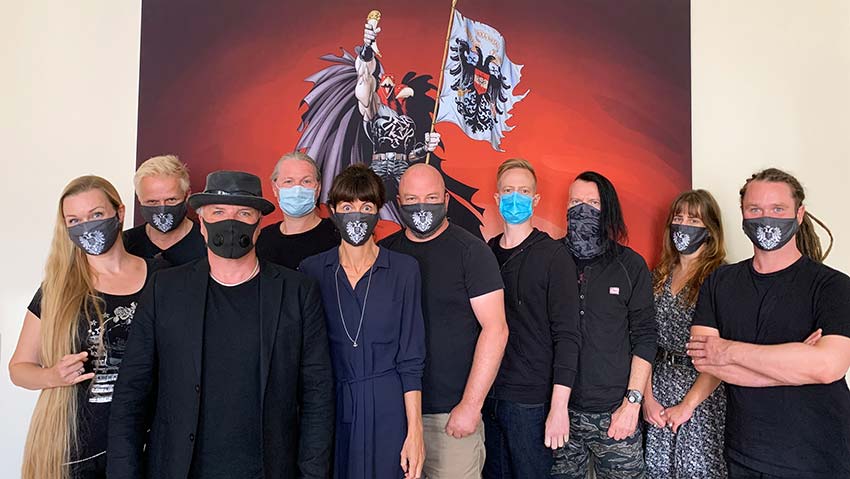 Since their foundation in the early 1990s, Subway To Sally have established themselves as an integral part of the scene and convince with their unerring symbiosis of folk, heavy metal and rock. The band’s earlier full-lengths were mainly characterized by bagpipes, flutes and harmonizing acoustic guitar lines. Throughout their successful career, they have increasingly added harsh metal fragments to their music – thus Subway To Sally have shaped their expressive trademark sound and have taken the charts by storm. With 13 successful studio albums (DE #4, AT #17 and many more), eight explosive live records and countless impressive live gigs – Subway To Sally are now ready to enter a new chapter with Napalm Records.

Subway To Sally on the signing:
“We are very much looking forward to working with NAPALM RECORDS and especially to our new album, which will be released in 2021. Especially in the current times it is important to have a reliable partner at your side. That’s why we deliberately chose NAPALM and signed our first, classic record deal after almost ten years of independence!“

Thomas Caser, Managing Director Napalm Records, states:
“We are very happy to welcome SUBWAY TO SALLY – one of the most influential German bands and pioneers of a whole genre – to the NAPALM RECORDS family! With the full extent of our NAPALM RECORDS-power we will do everything to continue the band’s story of success.”