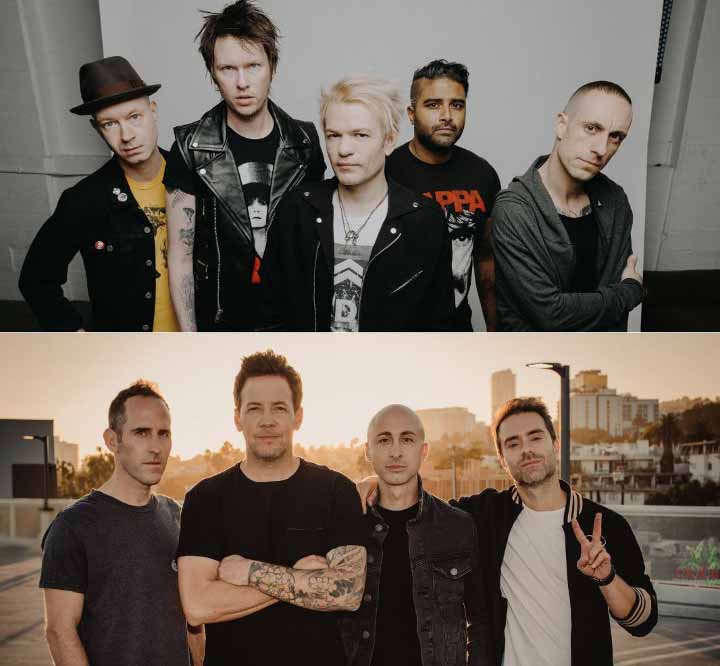 Punk rockers Sum 41 and Simple Plan will join forces for the first time ever for their just announced co-headlining ‘Blame Canada Tour’ this spring through summer — all confirmed tour dates can be viewed below.

“Fans will be able to join in as the bands celebrate their debut records, with Sum 41 performing All Killer No Filler to celebrate the 20 year anniversary of the record and Simple Plan performing No Pads, No Helmets…Just Balls,” say’s today’s trek announcement. “Produced by Live Nation, the 36-city tour kicks off on April 29th at The Ritz in Raleigh, NC making stops across the U.S. in Philadelphia, New York, New Orleans, San Francisco and more before wrapping up in Denver, CO at The Fillmore on August 18th. The first leg kicks off on April 29th and will feature support from Set It Off. The second leg featuring Magnolia Park starts on July 29th.”

“We’re so happy to finally be able to play shows again and couldn’t be more excited to head out on the ‘Blame Canada’ tour with Sum 41!” exclaims Simple Plan’s Pierre Bouvier, Chuck Comeau, Sebastien Lefebvre, and Jeff Stinco. “It’s hard to believe this will the first time we will co-headline a tour together, but the timing couldn’t be better as we both celebrate the 20th anniversary of our debut albums!”

“We have known the guys in Simple Plan for a very long time and know these shows are going to be great,” comments Sum 41 frontman and vocalist Deryck Whibley. “We cannot wait to hit the road with them!”

Whilbey continues, “We have a lot of fans in common and we know they have waited for this for a very, very long time! After not being able to tour for almost 2 years due to the pandemic, we’re gonna go out there and play our hearts out, enjoy every second of being on these stages and we’ll make sure everyone in the crowd has the time of their lives!” 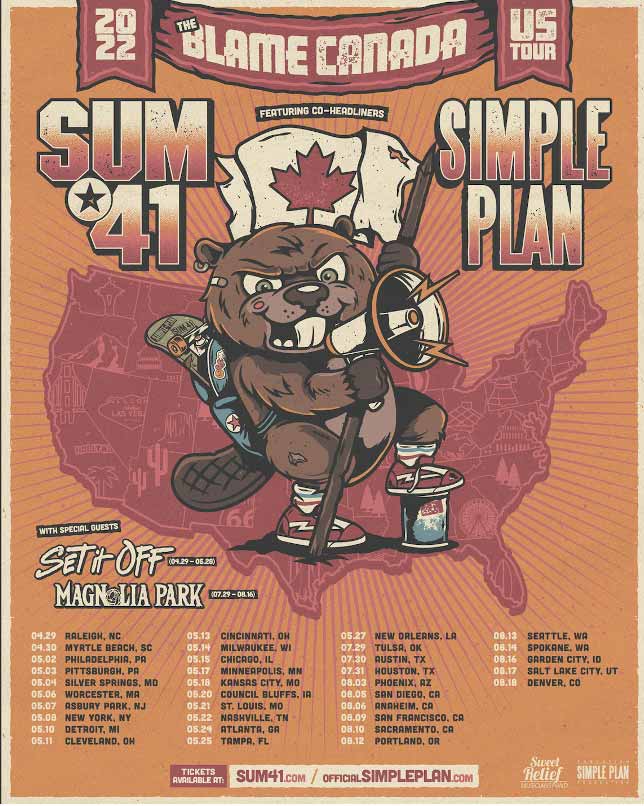