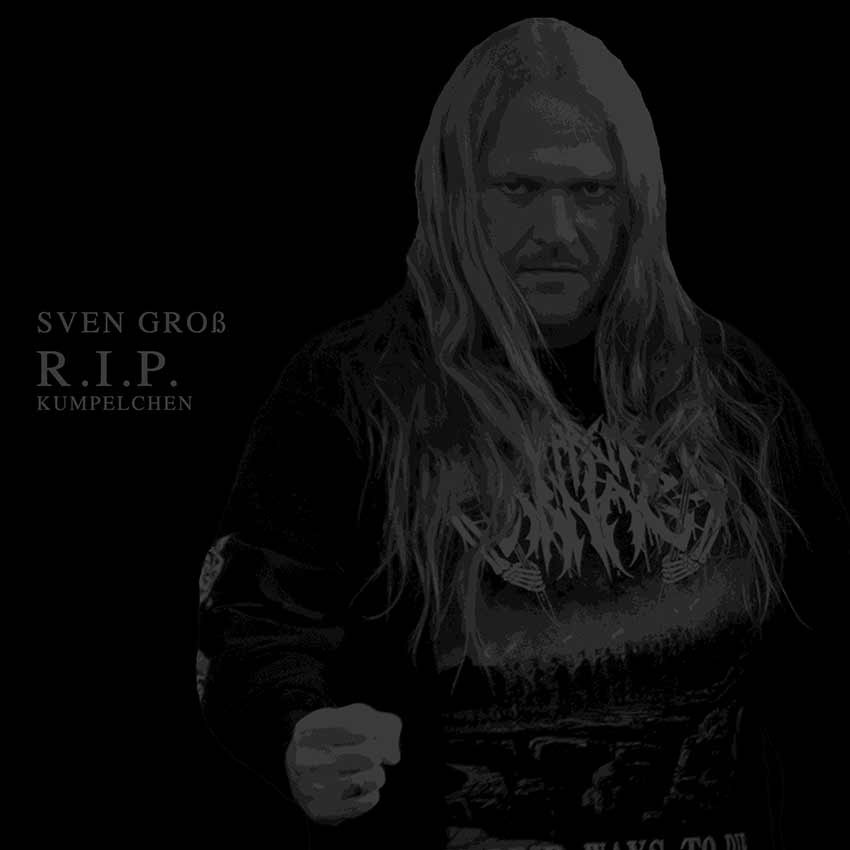 it is hard to find the right words in situations like this one. Probably even impossible.
For me personally this really is a hard thing to get over…
We knew each other for more than 25 years.
Haven’t been many days during this period where we did not spend time together talking, writing, discussing, partying, drinking, BBQ-ing, making plans, playing shows, rehearsing, travelling, waiting in countless backstages or whatever…
You gonna leave a big gap right here in my 🖤 which cannot be filled anymore…

Thank you for having been a real friend, one of the most precious human beings this planet had to offer and of course a really awesome and iconic frontman, band mate and hell of a vocalist of FC !
I truely enjoyed each and every second watching you go berserk on stage as a real warrior of death while I was beating the shit out of all those drumkits behind you !
Thank you for the great ride !

You always lived life to the max, keep on doing it whereever you are now !
We’ll rock on again together on the other side – someday.
And I’ll make sure to bring some Wasseralfinger 😋

My deepest condolences go out to Sven’s wife Dany and both of their families.

Sven Gross provided vocal duties on six Fleshcrawl full-length albums, starting with 1997’s ‘Bloodred Massacre’ and ending with the most recent ‘Into the Catacombs of Flesh’ record in 2019.

Sven Gross also performed with Burial Remains and Carnal Ghoul during his lifetime.