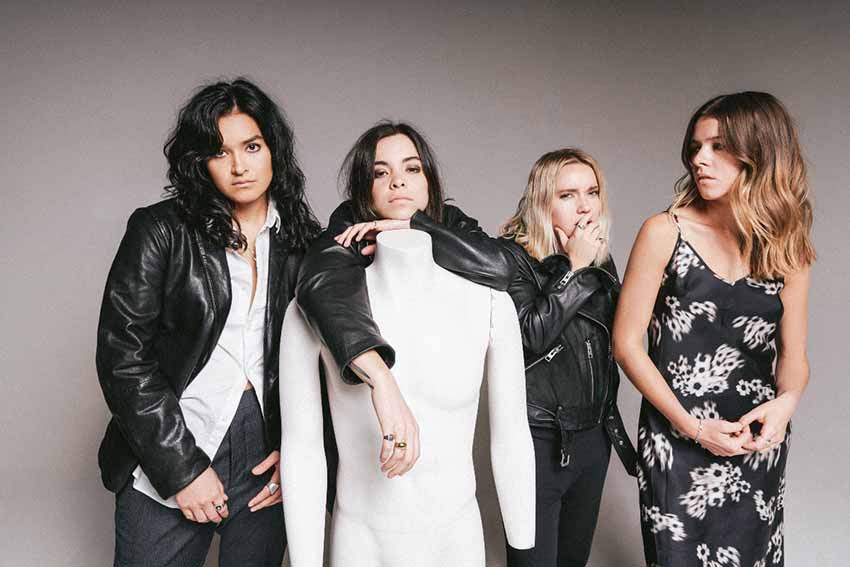 Utah alternative/indie act The Aces have announced the supporting acts and additional gigs of shows for their upcoming ‘Under My Influence North American Tour’ — see all info below.

A presser states, “Kicking off this fall, the women-led lineup sees The Aces joined by pop wunderkind Madeline the Person for the first run of dates, kicking off in Seattle through Denver. The second lap of the tour, carrying through from Minneapolis to Austin, will be accompanied by Canadian rock band The Beaches. Fans will also be able to catch The Aces and their supporting acts at an additional number of dates, with a second stop in Los Angeles added at The Fonda, as well as a stop in Nashville at the Cannery Ballroom.”

They add, “Named after their sophomore album, the Under My Influence Tour will allow fans to hear the critically acclaimed project in a live setting for the first time, in addition to their latest single, “Don’t Freak.” Featuring the breakout singles “Daydream,” “801,” “My Phone Is Trying To Kill Me,” and more, the release of the project was followed by a selection of B-Sides in February, including the fan-favorite “Sleepy Eyes”.” 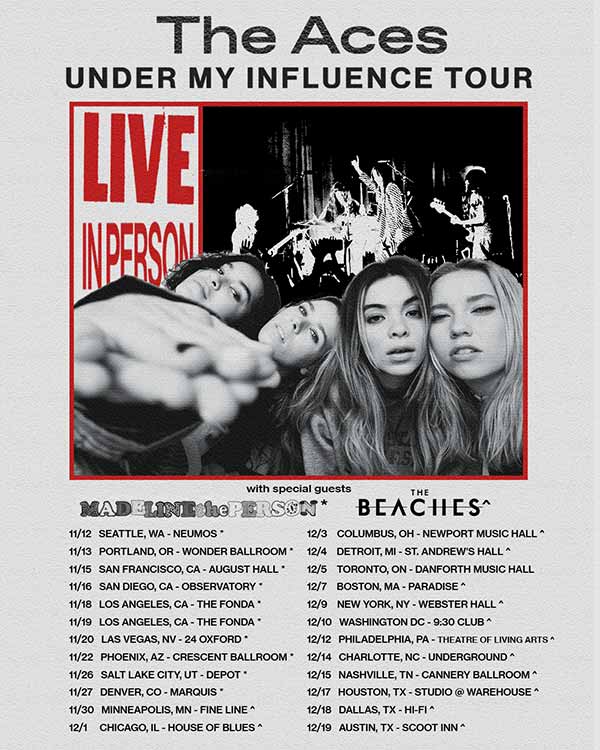