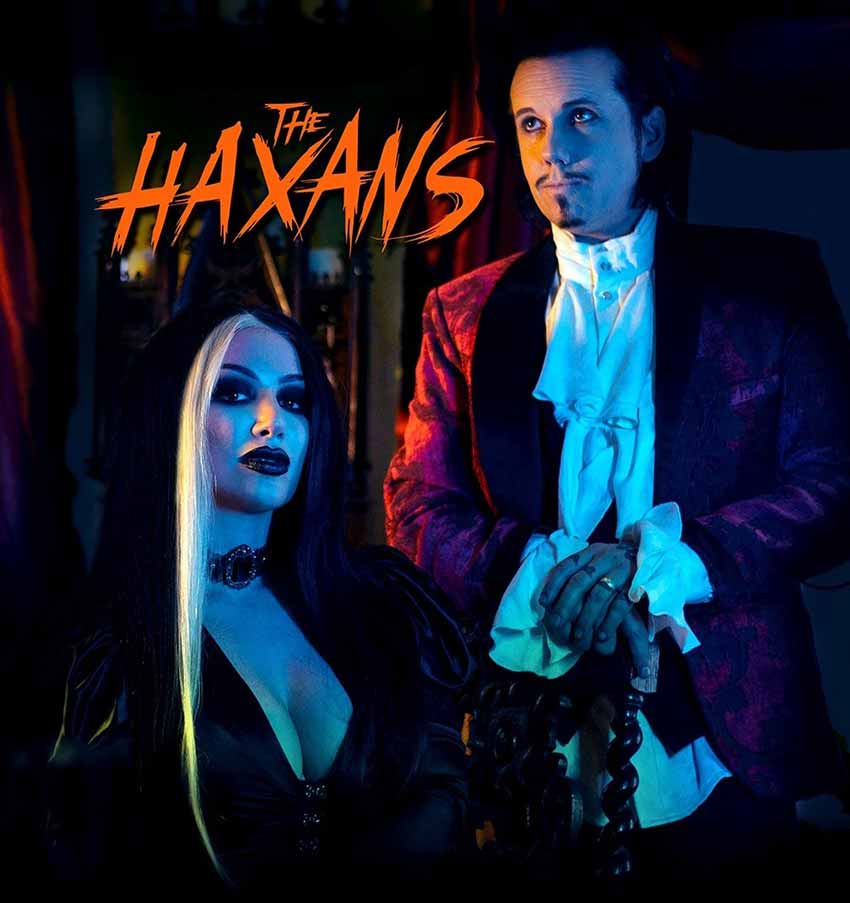 The Haxans recently announced a 3-day live stream event, Halloween Haunt Spooktacular, that runs from Friday through Sunday, October 29-31, from the final weekend of their Knott’s Scary Farm Residency. See below for full info from the official press release.

Speaking on the livestream, Matt Montgomery commented:
“When we were putting the show together, we curated 4 special sets of “Fall music for Fall people”. Though we’re very much a band scented with pumpkin spice, some of our original songs transcend the seasons and have become a way of carrying little pieces of Halloween around with you all year long. We knew we would be with our spooky people at these residency shows, but we’ve made so many new fans that were there just to celebrate the season.

This live set consists of mostly originals, with a few defining covers. When Ash and I first got together we shared some of our favorite songs with each other, and that kind of mapped out our DNA. Being a spooky kid from Texas, I love Roky Erickson more than most people. So we do two of his songs here. Ash also told me her favorite Alice Cooper song was “Keepin’ Halloween Alive” which she had no idea I co-wrote with Alice. That song makes for a great set opener!

We built the Party Monster Club to bring our fans exclusive content like this show and to be a place to roll around in the vibe of the band. We build games around the esthetic and lore of The Haxans that are fun little ways of celebrating who we are as a spooky community.”

Ash Costello also shared:
“It’s been a pleasure being able to perform at such an iconic Halloween event like Knott’s Scary Farm this October. So much so that want to share this moment with our fans all around the world who couldn’t be here to enjoy the show in person and we can’t wait to let you guys in on all of the fun!”

THE HAXANS residency features as part of the Carnival De Grotesque on The Calico Mine stage with four 30 minute sets at 8pm, 9pm, 10pm, and 11pm. Fans who wish to enjoy the band’s residency in-person at Knott’s Scary Farm can revel in the spine-tingling party anthems of THE HAXANS on the following dates: 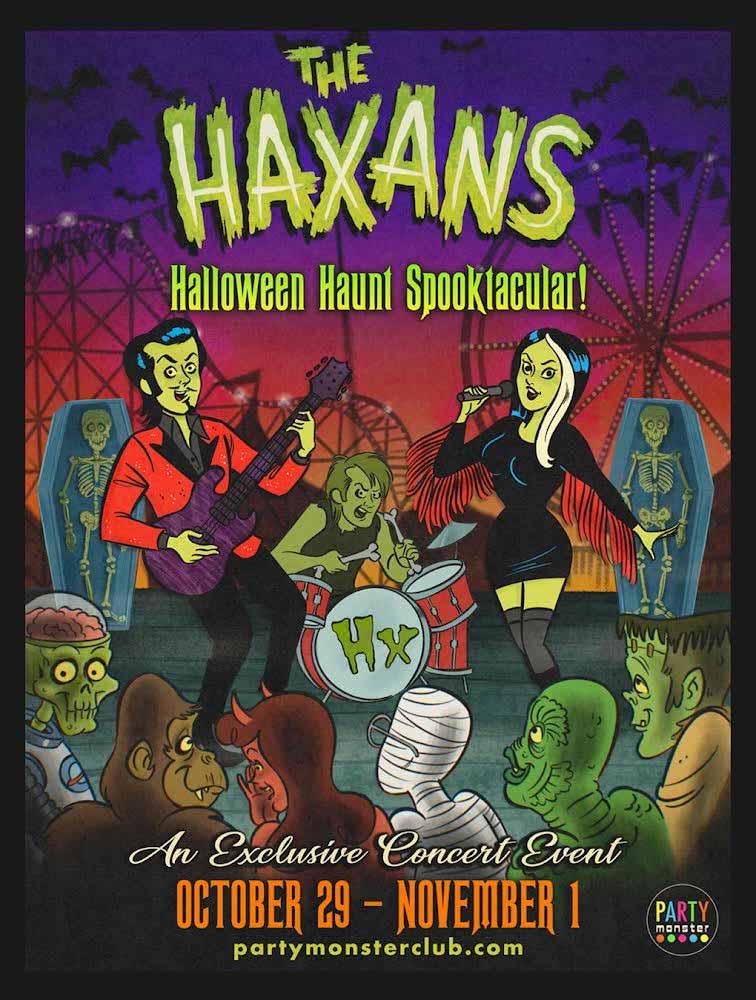