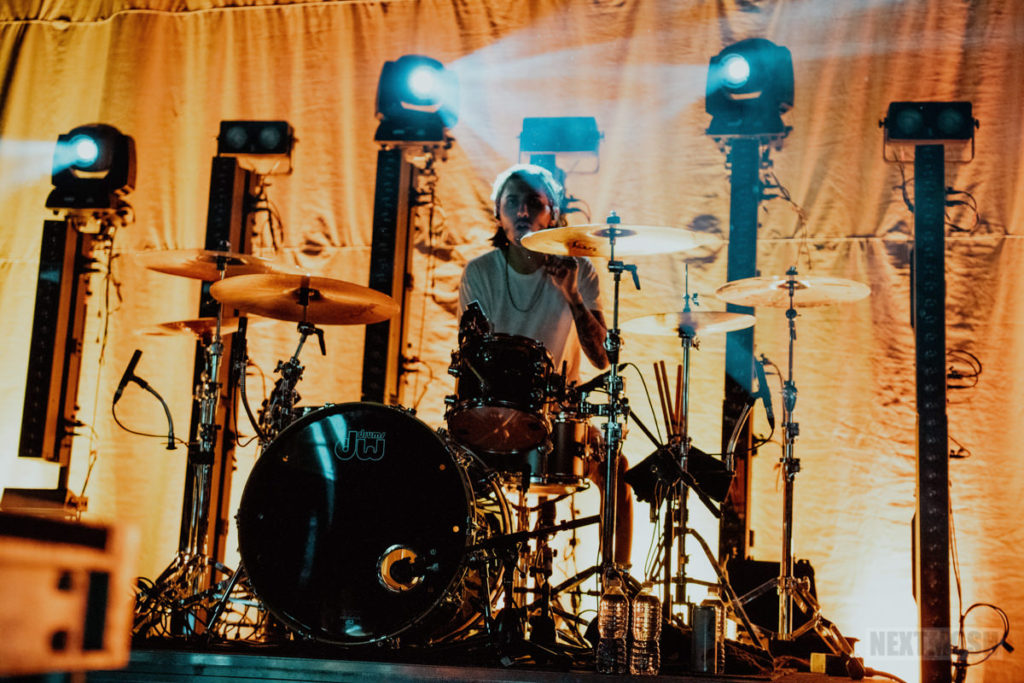 This past fall, Ohio rockers The Plot In You embarked on an extensive North American headline tour featuring support from Silent Planet, Cane Hill and Avoid. The run landed in New York City at Gramercy Theatre on November 22nd, with exclusive photos by Gabriela Jeronimo available for viewing below.

The Plot In You performed 15 songs during their stay in the Big Apple, including big hits off their 2018 album ‘Dispose,’ like “RIGGED,” “NOT JUST BREATHING,” “THE ONE YOU LOVED,” “DISPOSABLE FIX,” and closing track “FEEL NOTHING,” with the aforementioned song recently receiving Gold Certification by the RIAA in the U.S.

The Plot In You also played a slew of new tunes off their most recent record ‘Swan Song,’ laying waste with numbers like “Face Me,” “Fall Again,” “Enemy,” “Paradigm,” “Both To Blame,” “Too Heavy,” and “Too Far Gone.” The band also dished out “Time Changes Everything” and “Take Me Away,” as heard on 2015’s ‘Happiness in Self Destruction.’

NYC fans were also treated to super fresh song “Divide,” which was produced by the band’s vocalist Landon Tewers and mixed by Zakk Cervini (Bring Me The Horizon, MGK, Yungblood). The track first hit the airwaves in late October, with an official music video unleashed at the start of December.

Check out pics and some fan-filmed video from NYC below.

The Plot In You: