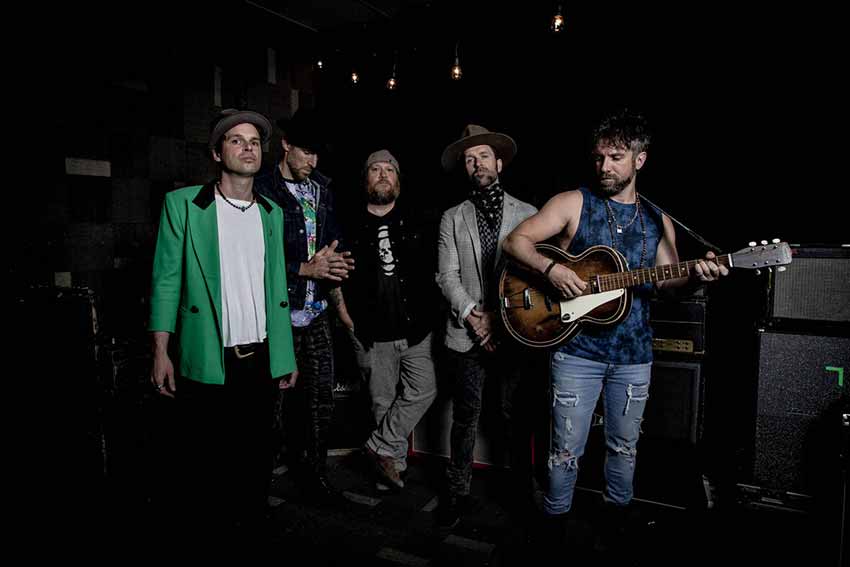 Here’s more on the band from a presser, “The achievements of rock ‘n’ roll heavyweights The Trews are many and mighty, highlighted by multiple radio hits drawn from seven critically acclaimed studio albums plus several EPs, a pair of live records, and a retrospective. Among the most prolific, electrifying, and innovative bands on the planet, The Trews have shared stages with everyone from the Rolling Stones to Weezer, Bruce Springsteen to Rich Robinson, the latter collaboration culminating in three blazing tracks on the band’s latest, Wanderer, cut in Nashville with the onetime Black Crowes guitarist.”

They add, “Amid the global pandemic, which halted both the Nashville sessions and tour plans for 2018’s epic Civilianaires album, The Trews completed Wanderer at home in Canada with producers Derek Hoffman and Eric Ratz, emerging with their fiercest and most accomplished set of songs to date, and a heck of backstory to boot.”

Also Check Out: Thy Art Is Murder confirm ‘Decade of Hate’ U.S. tour