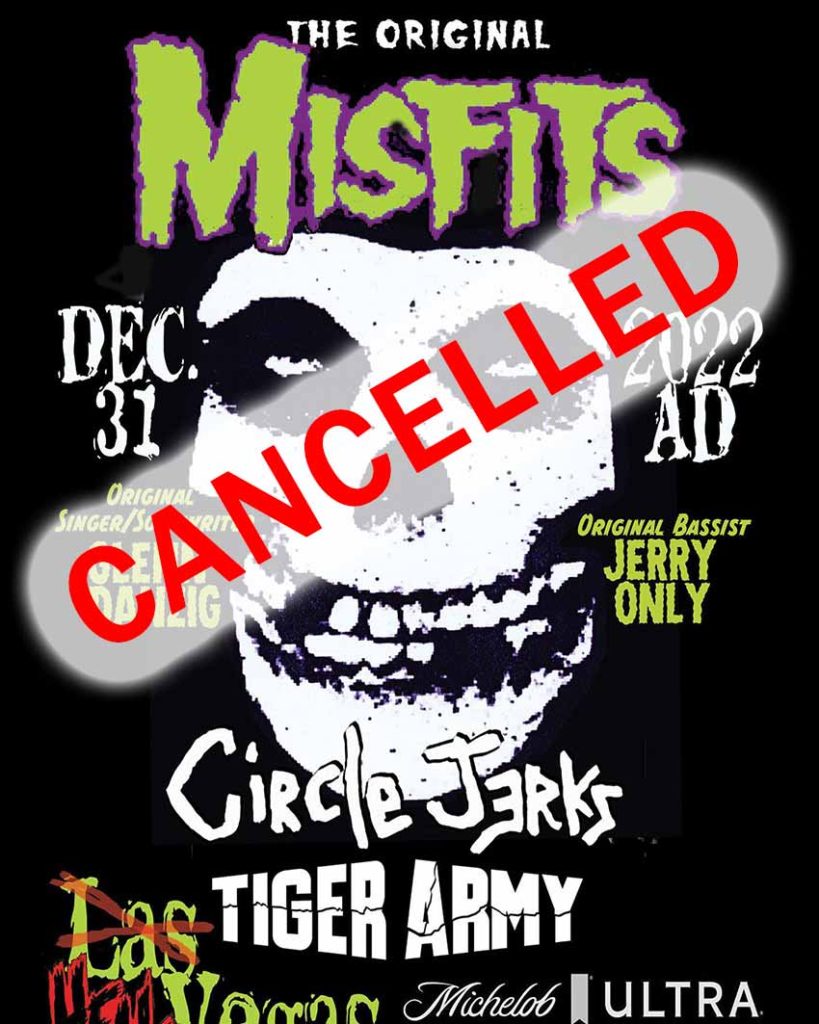 Regarding the cancellation, Misfits said, “It is with regret, that due to an unexpected personal matter, the Misfits are unable to perform our show in Las Vegas on Dec 31st. We look forward to hopefully seeing you at a show in 2023.” They added, “Refunds will be available at point of purchase.”

Earlier this year, Misfits headlined ‘Riot Fest’ in Chicago, IL, and also hooked up with Alice Cooper for a Halloween gig in Dallas, TX. With Glenn, Jerry and Doyle back together, the horror punk legends only played 1 show in 2021, and 8 shows in 2019. The current lineup officially reunited at ‘Riot Fest’ 2016 in Denver, CO.