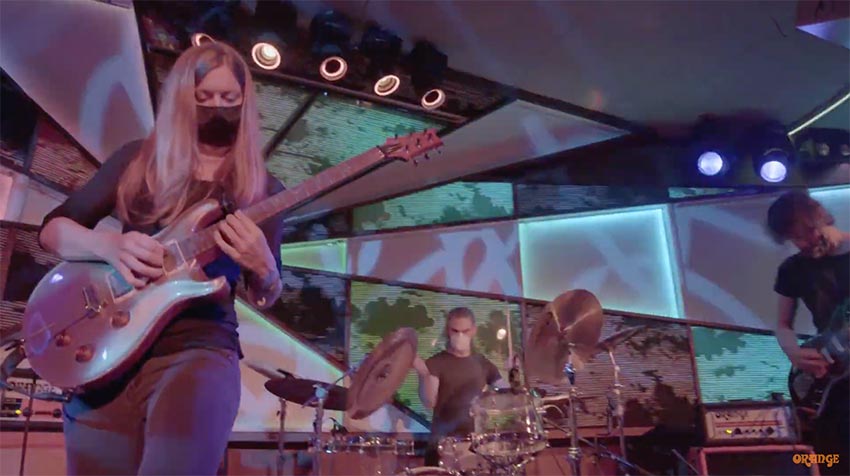 Sally states: “These songs were chosen to introduce the exploratory and improvisational nature of the band, and also happen to be the most enjoyable and engaging to play live, as they’re never the same each time. We were fortunate enough to have Trevor Dunn join us for the first live performance of ‘Everybody’s Dead, Dave’, a four-part structured improv piece, loosely based on Red Dwarf and Dr. Who storylines. The only time this has been played prior was during the album recording sessions.”

Gates continues to say: “In lieu of an actual release show, we felt that this was the next best thing – to play a spectacular, psychedelic venue, and make the event accessible to a worldwide audience. After months of isolation in a locked down New York, it was sheer pleasure to be back on stage again, finally able to interact with other musicians face-to-face, at full volume. Many thanks go out to the Orange Amps for sponsoring this performance and providing us with a heavyweight backline, the Sultan Room for hosting, and Ghost+Cow Films for capturing the event.”