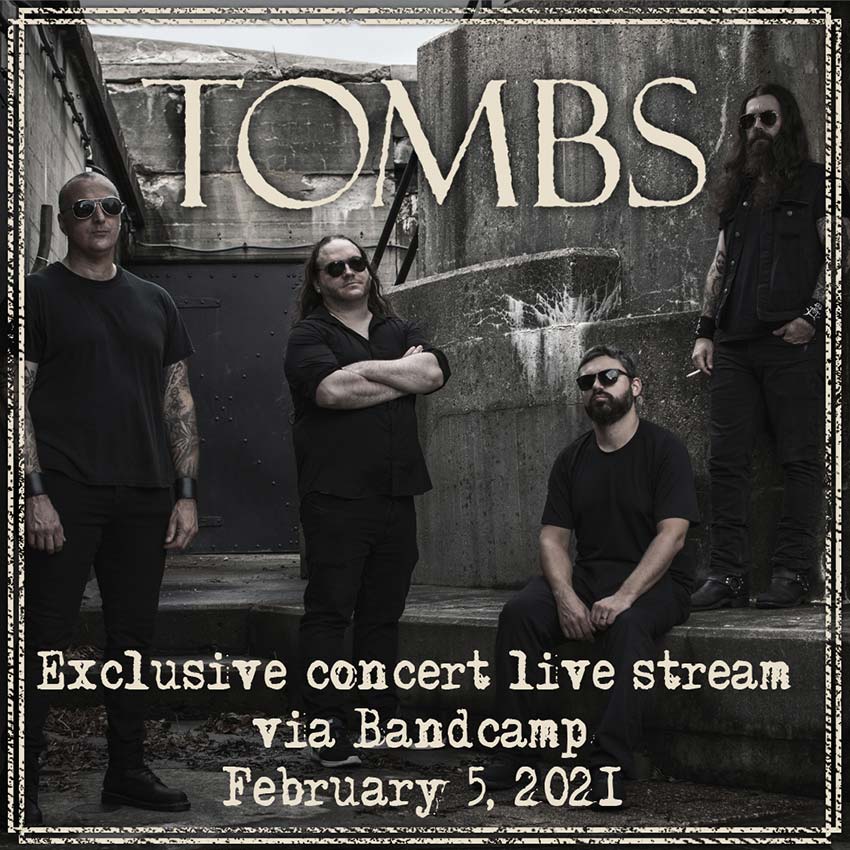 New York/New Jersey metal act Tombs have announced their very first virtual concert to be held on February 5th at 3PM EST through Bandcamp. The gig will also mark the very first metal artist to premiere a live stream through the platform.

“The band will be present for a live meet and greet and will be selling some exclusive merchandise items!” states the announvement. “Tickets and the performance will be made available HERE. Stay tuned for additional information!”

Tombs are currently promoting their latest full-length album dubbed ‘Under Sullen Skies‘ which they dropped this past November through Season of Mist. “The record has been named one of the best metal releases of 2020 by Metal Insider, Decibel Magazine, The Pit, Riff Magazine, Chicago Music Guide’s Global Music Podcast, and others while drummer Justin Spaeth has been dubbed one of the best drummers of 2020 by Sick Drummer Magazine,” notes a press release.

In October, Tombs unleashed an official clip for their single “The Hunger” — if you missed it, check it out below.