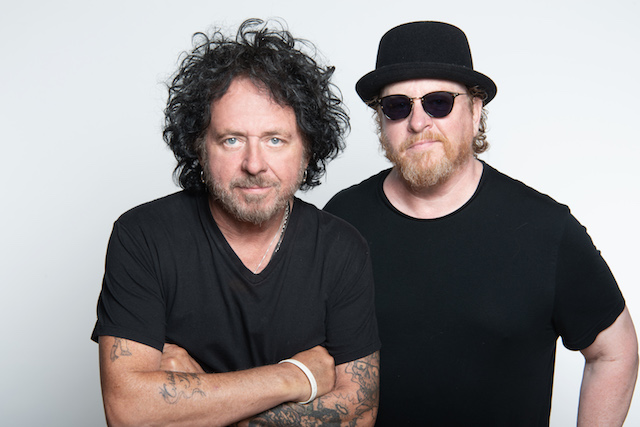 LA rock vets Toto have officially pushed all their confirmed European tour dates to 2022 — see the new tour itinerary below.

Band mastermind Steve “Luke” Lukather says, “In the interests of approaching the band’s activities with health as the primary concern for the fans, band, crew and all impacted when we commence activities, this was an easy decision to make. After four and half decades on the road, it’s been challenging living the past 14 months in isolation. As much as Joe, myself, the band, and the crew would love to be active again, The World is still navigating the challenges that face all of us. We’ll continue to announce shows so keep an eye out for confirmation that will be shared in the coming months. We look forward to getting overseas come 2022.”

Luke adds, “When the music is performed by great musicians it honors Toto. Looking forward, we’ll be selecting a broader mix from the Toto catalog that includes deep cuts, the hits, and tunes from Joe and my recently released solo albums. Both of us could not be more thrilled with the global response to these records. They charted all over the world, and integrating some of the music into the new Toto set will bring fresh spice to the Toto: The Dogz of Oz World Tour. Simply, both of us aim to bring the past Toto to the present and beyond.”

Luke’s bandmate and life-long friend, Williams declares, “It’s always a complete joy to perform a Toto show, and the model holds strong and true. A band of the very best musicians and singers writing and performing all manner of cool songs. That’s how it began, and that’s how it continues. Soon we’ll to get back out to you, on stage, in the flesh expanding our set with some even deeper ‘legacy’ cuts as well as some new stuff from Luke’s and my new records. We can’t wait!”

Luke continues, “We could not be more at peace with this move. There is a refreshing, optimistic enthusiasm to step in to the future. At this moment, Joe and I are the only long-tenured members of the band that want to be on the road continuing to bring music to our multi-generational fan base. I’ve spent almost four and a half decades of my life as the only original member who never missed a show or an album nurturing this legacy while enabling the music to continually exist in the live concert setting. That is something I’ll never stop doing, and when we inevitably return to the road it presents a rare opportunity to reimagine our personal futures while simultaneously preserving the deep connection that exists with the audience while likewise yielding continual discovery.”

The presser ends with, “On February 26th, Luke and Joe presented solo albums via The Players Club / Mascot Label Group which charted in multiple territories across the globe. Both artists made significant contributions to the other’s recordings. Additionally, David Paich performed on select tracks on Luke’s I Found The Sun Again and Williams’ Denizen Tenant. The titles were released on LP, CD and a limited-edition deluxe edition is available with the two titles bundled together. Available here: https://smarturl.it/Steve-Lukather and https://smarturl.it/JosephWilliams.”

Get tickets via Toto’s official site.