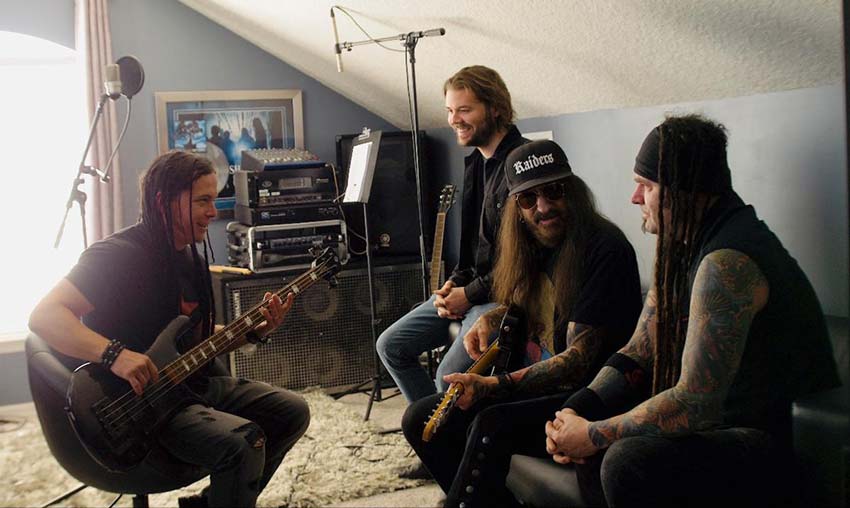 Tennessee hard/alt rockers Saliva have uploaded an updated version of their classic tune “Click Click Boom” — check out the song below.

The track appears on the band’s ‘Every Twenty Years’ EP, which features re-recorded classic tunes with current vocalist Bobby Amaru. The effort, which commemorates the twentieth anniversary of their major label debut, ‘Every Six Seconds,’ is due out May 7th via Megaforce Records (pre-order).

“Re-recording ‘Click Click Boom’ was much easier than the original recording because we already had the blueprint laid out for us,” states guitarist and founding member Wayne Swinny. “There was no need to alter anything because the original had all the right pieces in all the right places. We simply used the advances in modern technology to enhance the song sonically.”

“I think the combination of multiple genres of music has contributed greatly to the popularity of ‘Click Click Boom,’” adds Swinny. “Producer Bob Marlette took a song which was a cool, interesting rock song and crafted it masterfully into a piece of music that has stood the test of time for two decades and will continue to do so into the future.”

Also Check Out: Gojira reveal new single “Into The Storm”