Norwegian folk metal beasts Trollfest are back with a fresh new video for their single “Don’t Worry Be Happy” (Bobby McFerrin cover) which appears on the horde’s new dual-themed EP, ‘Happy Heroes’ (out March 19th via Napalm Records – pre-order).

“TROLLFEST give the classic tune a unique twist, making for a truly insane and chaotic reimagining unlike you’ve ever heard before!” exclaims this morning’s announcement on the new clip, which you can stream below.

Here’s more on the upcoming effort via a press release:

Four vivid songs on Happy Heroes deliver a vast variety of spectacular musical romps, made evident by the catchy original title track “Happy Heroes”, wherein TROLLFEST tells the story of evil, self-righteous troll superheroes whom you should probably not call if you’re in need of help. The EP then presents three re-energized cover songs – Balkan and folk metal re-imaginings of the world-famous “Happy” by Pharrell Williams, quite possibly the cheeriest song known to man, the newly released “Don’t Worry Be Happy”, by Bobby McFerrin, as well as the Aqua hit “Cartoon Heroes”. 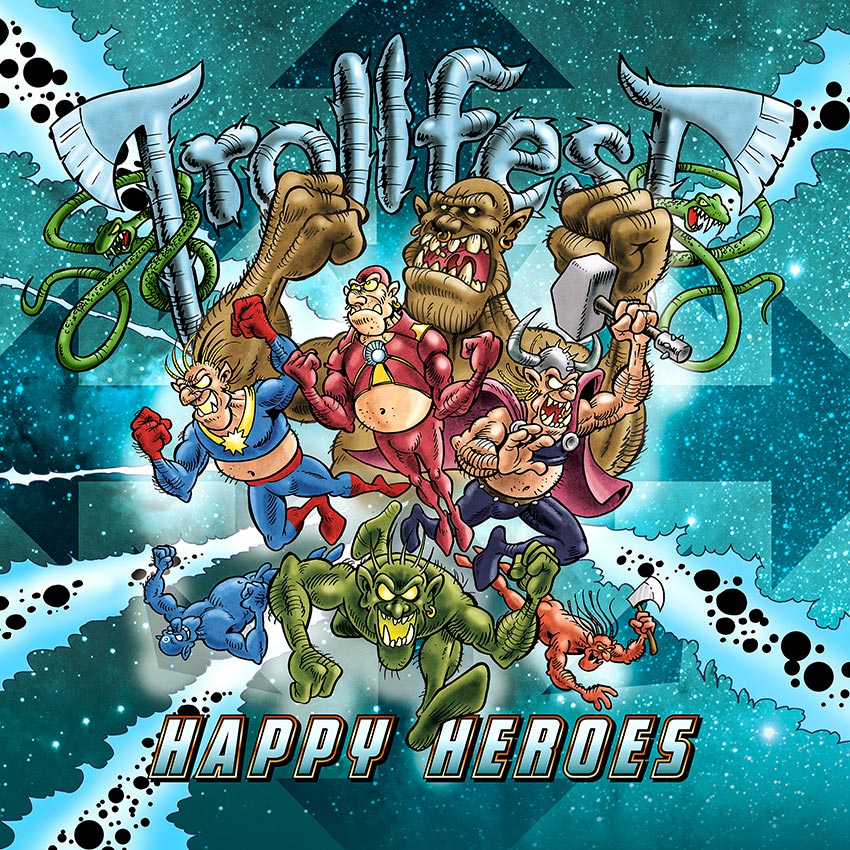