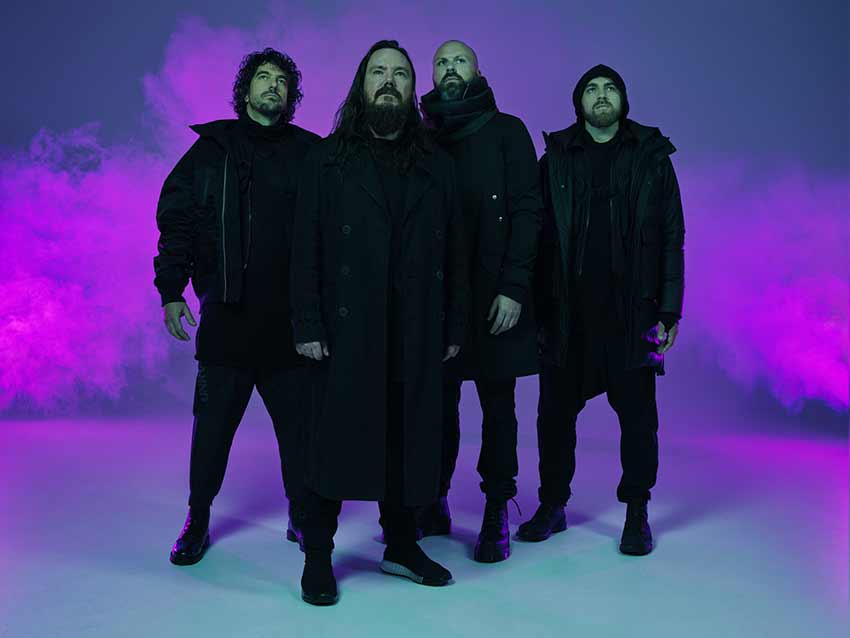 Australian heavy fusion rockers Twelve Foot Ninja recently premiered their new single titled “Over and Out,” which features a guest appearance from Tatiana Shmayluk of Jinjer. The tune serves as a preview of the band’s upcoming album, ‘Vengeance,’ which drops on October 15 through Volkanik Music (pre-order).

An official music video for “Over and Out” has been unleashed, check out the clip below. A presser states, “The video was shot in three countries: Finland, Ukraine, and Australia with three separate teams over the course of three separate calendar years. In true Twelve Foot Ninja form, it delivers in spades.”

Regarding the choice of Tatiana to be featured on the track and appear in the video as well (her first collaboration outside Jinjer, BTW), lead singer Kin comments, “We wanted someone who could represent the lyric ‘the devil in my blood’ – both the darkness and the light. Tatiana embodies this perfectly so asking her to feature on it was a no brainer.”

Tatiana adds, “When the Twelve Foot Ninja guys asked me to feature on one of their new tracks, I immediately said yes without even hearing it! The song and video were a lot of fun and very different from anything I’ve done with JINJER … it’s a great pleasure to be an honorary member of the Ninja clan now!”

Speaking on the lyrics, Kin explains, “The song is an ode to the complicated relationship we have with our own mortality and how death can seem like the arms of a lover beckoning us to an early demise. The French first coined the phrase l’appel du vide which is the feeling of wondering what it would be like to jump in front of a truck or to jump off a cliff. It translates into English as the ‘call of the void’. The phenomenon is actually a positive affirmation that by not answering the call you unequivocally choose life.”