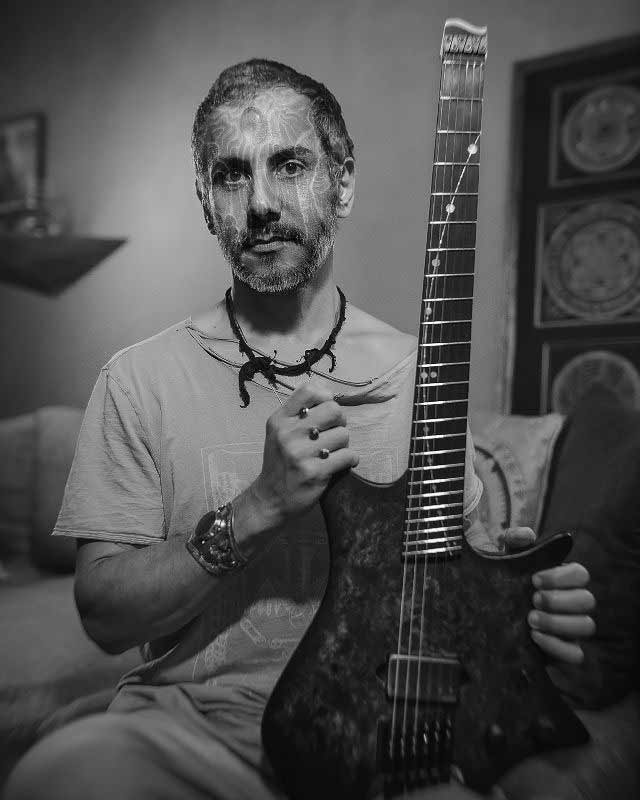 Progressive rock legend Cynic will be releasing its highly-anticipated new full-length, ‘Ascension Codes,’ on November 26 via Season of Mist! Cynic’s ‘Ascension Codes’ is a remarkably far-reaching work, and if nothing else, a clear indication that they have landed in a place of mastery. The album, paradoxically, acts as both swan song and rebirth. The band is now sharing the mind-bending first single, “Mythical Serpents,” which can be heard at THIS LOCATION [embedded below].

Track six, “Mythical Serpents,” is imbued with propellant adventure, exciting peaks and valleys that tug at the heart while its mathematical sequences challenge the head in a dizzying push/pull dynamic. It’s that quintessential Cynic approach of kaleidoscopic intensity and mannered discipline. Ascension Codes was mixed and co-produced by Warren Riker, who worked with Aeon Spoke, Cynic in the ‘Traced in Air’ era and mixed Paul Masvidal’s solo acoustic trilogy.

CYNIC mastermind Paul Masivdal comments: “I invite you to sit back, close your eyes, and listen to ‘Mythical Serpents’ as a fully realized piece of music. No phones or screens necessary, just the power of sound communicating directly into the ears of your heart. In the coming weeks, Cynic will be revealing further details on the constellation that is ‘Ascension Codes’, including a ‘Mythical Serpents’ animated video, featuring the artwork of Martina Hoffmann & Robert Venosa. Stay tuned.”

Michael Berberian, president and founder of Season of Mist, adds: “I have, by now, released close to one thousand albums. None have been more dramatic, none have even been more difficult than this one. I can’t listen to Ascension Codes without goosebumps, a mixed feeling of pride – because it’s a musical milestone, but it also contains a lingering layer of sadness. I hear Paul’s pain on this record. I can feel it, I can touch it. But it’s transcended. ‘Art is to console those who are broken by life,’ said Van Gogh. Here is a demonstration of that.”

Pre-orders for ‘Ascension Codes’ are now live at the Season of Mist E-Shop, the Cynic Bandcamp, and official Cynic shop.