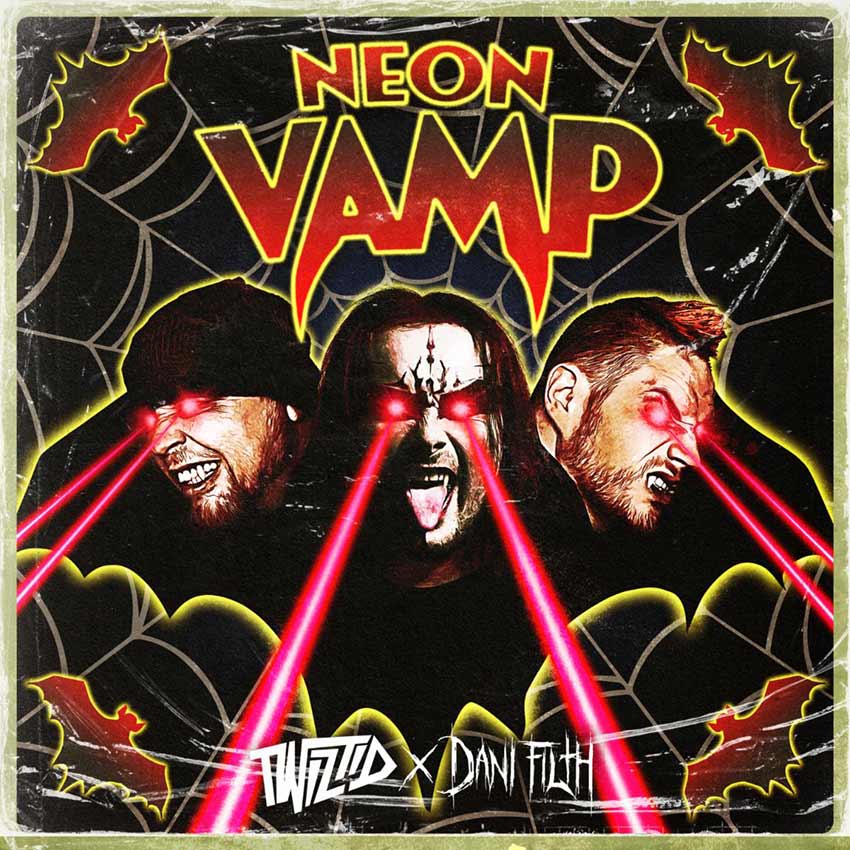 Deranged act Twiztid have released an official music video for their previously unleashed track titled “Neon Vamp,” which features a guest appearance from Dani Filth of UK extreme metal band Cradle of Filth — check out the clip below.

A presser explains further, “The track was produced by Zeuss (Rob Zombie, Hatebreed, Spirit Adrift), who, Twiztid announced during their panel at Astronomicon 4, would also be producing their next album. The track is taken from Twiztid’s upcoming album Unlikely Prescription which will be released on September 10th 2021, pre-orders are available now here.”

Speaking on the track, Twiztid’s Jamie Madrox states, “I’ve always respected Dani Filth and the legacy he has etched out in the world of metal and wondered what would it sound like if our musical worlds collided like peanut butter & chocolate! And like a true legend he rose to the challenge and what we recorded is the most anticipated collaboration effort in a great long while!”

Mr. Filth adds, “It was awesome to collaborate on a such a genre (monster) mash-up with the guys in Twiztid. Slightly reticent at first, when i heard the track i was like, ‘this is actually very very sick!’ and the vampiric subject matter quickly decided it for me. I really like the song, it’s bristling with dark energy and it definitely carries that ‘Blade’ nite-club vibe about it’s rap/metal swagger. I hope fans of both both bands and genres enjoy the track just as much as I did in helping forge the beast. Like a vampire telling you to suck it, having a nice day? -We’re here to corrupt it!!! Hell yeah!”