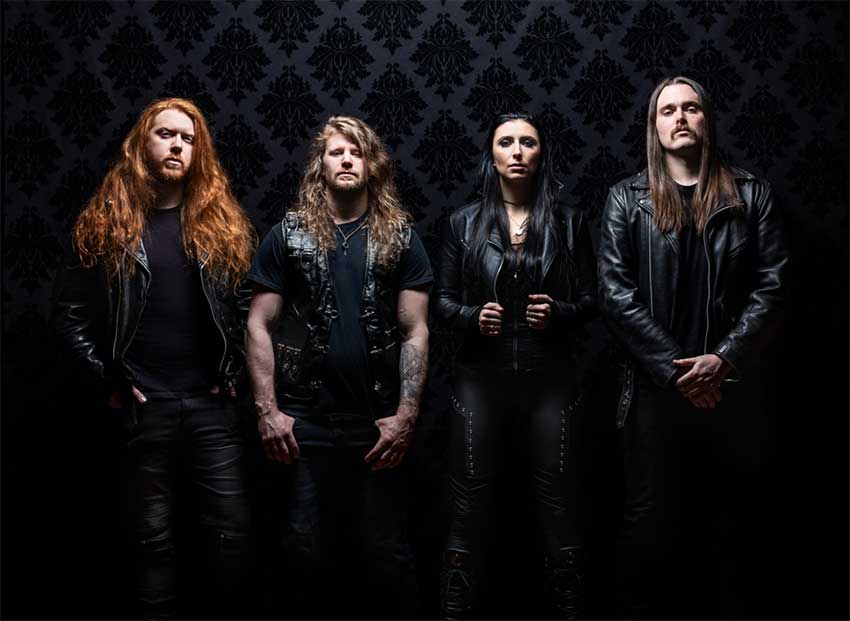 Canadian melodic power metal quartet Unleash The Archers recently announced the upcoming release of their masterful fifth full-length concept album, Abyss, out August 21, 2020 via Napalm Records. With Abyss, the band re-cements themselves as an unequalled, undeniable metallic force with their strongest album to date.

Today, as a follow-up to the otherworldly first single and video “Abyss”, Unleash The Archers have unveiled another blazing new single, “Soulbound”, alongside a cinematic, high-concept music video. Powered by Brittney Slayes’ powerful mezzo-soprano, the virtuosic guitar stylings of Andrew Kingsley and Grant Truesdell, and the thunderous drumming of Scott Buchanan, “Soulbound” pulls the listener into a melodic, lightning-fast journey. Its massive chorus and skyrocketing symphonics will echo in your ears for days to come!

“This song is what we call a ‘quick-banger’ in the UTA camp. It’s short, fast, catchy, and never lets up. We always have one of these on every record; the kind of song that makes you want to turn the dial up to 11, maybe drive a little faster, perhaps even stand up and headbang by yourself in the middle of the room. This track re-introduces the four sons of The Matriarch as enslaved, unstoppable, half-dead beings that won’t give up until The Immortal is destroyed, and we feel like it can stand on its own while not giving too many of the album’s secrets away… Get out your air-guitars ’cause this one is blistering!

The video was shot by Runegate Studios in Victoria BC, Canada and uses two very different environments to differentiate between the world of the living, and the world of the ‘Soulbound’. The bright, white, indoor scenes portray a reality much like our own, while the dark, rain-soaked, outdoor scenes take the viewer to a visually stunning reality that will give you goosebumps and make your skin crawl! In this dismal place, The Matriarch has complete control over the Soulbound, and she can compel them there whenever she desires, no matter how hard they may resist.”